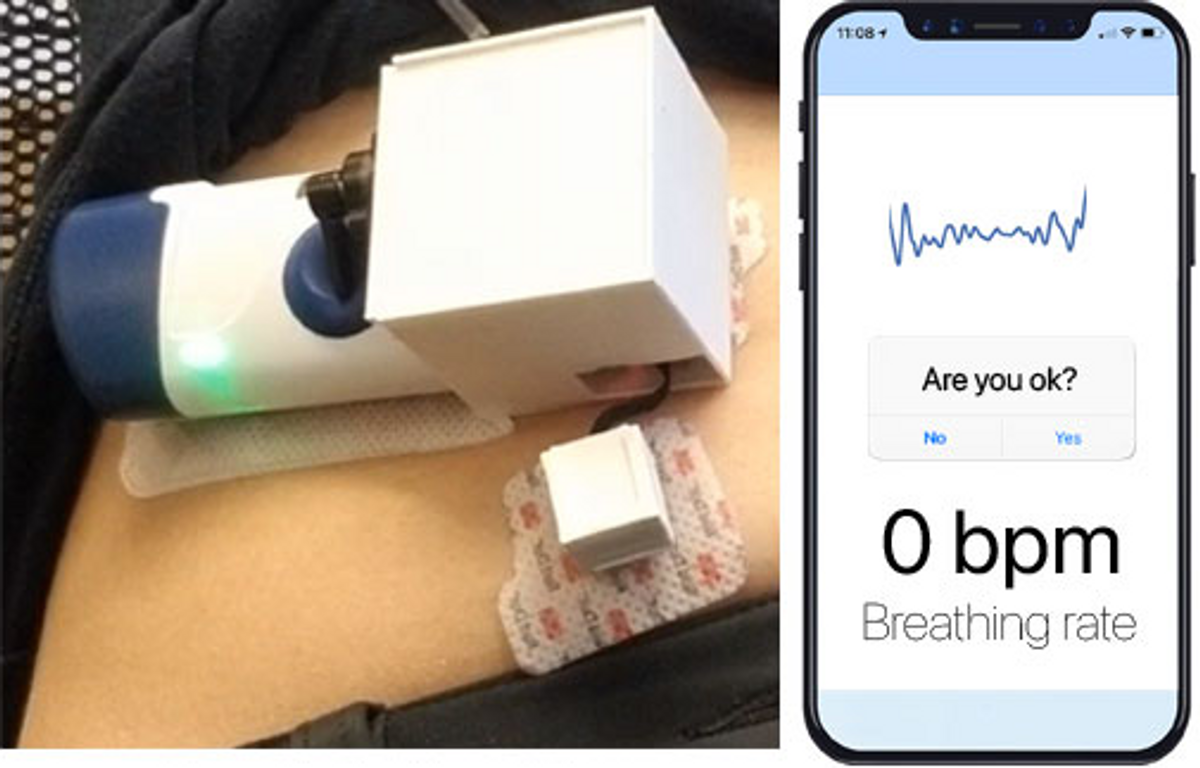 WEDNESDAY, Nov 24, 2021 (HealthDay News) – A wearable device that could inject a life-saving antidote for opioid overdoses could be on the horizon.

A new study shows that the device, worn on the stomach like an insulin pump, can detect when a person stops breathing due to an overdose and inject the drug naloxone to restore breathing.

“Fatal drug overdoses in the United States are at an all time high and opioid overdoses account for the majority of these deaths; however, up to 52% of fatal overdoses occur when the person is alone, ”said lead researcher Justin Chan. He is a doctoral candidate at the Paul G. Allen School of Computer Science and Engineering at the University of Washington.

“Our detection system has the potential to reduce deaths from opioid overdoses by delivering naloxone in a timely manner to subjects, even when they are alone,” Chan said. “Our system can also potentially be used to alert EMS of overdosed individuals, who can then provide additional patient care.”

The device includes accelerometers that measure breathing and a processor that detects when breathing stops. The device can activate an injector when this occurs. It also transmits the respiratory frequencies to a smartphone via Bluetooth.

To test the device, Chan and his colleagues recruited 25 participants. The device accurately tracked the breaths of people addicted to opioids. The device was also able to identify opioid-induced apnea, a respiratory pattern that usually precedes a fatal overdose.

The initial test measured breathing to develop the algorithm and did not inject naloxone.

But in a second study, 20 participants faked an overdose in a hospital setting by breathing normally, then holding their breath for 15 seconds. When the device did not detect any breathing movement for at least 15 seconds, it activated and injected naloxone.

Blood tests confirmed the system was delivering the naloxone, the researchers noted.

They want to make these devices widely available, but they must first be approved by the United States Food and Drug Administration. The FDA has issued special guidelines on these types of devices, Chan said.

“There is a critical need for systems capable of reversing opioid overdose events, particularly in the absence of bystanders, where many overdoses occur,” he said. “Our portable injection system is useful even in scenarios where overdose events are observed because neither friends nor family can be aware that an overdose is occurring. In these scenarios, our injection system would still be able to recognize an overdose and deliver the antidote. “

“This is a new approach for those most at risk of opioid overdose, who are the least likely to have reliable and rapid access to naloxone,” he said. “It’s also a potential change in how we might approach people at high risk for opioid overdose.”

Glatter, who was not part of the study, added that the pandemic has increased desperation among opioid addicts, and deaths from drug overdoses have escalated.

“In addition, a combination of untreated or undertreated substance use disorders with ongoing and untreated depression and anxiety and lack of access to mental health care and treatment programs continues to affect our ability to reduce [overdose] dead, “he said.

The reality is that although naloxone is available over the counter without a prescription, getting this life-saving drug into homes remains a challenge, Glatter said.

“The timing of administration is critical, as escalating opioids and overdoses are fatal within minutes if ingested in high enough amounts. Opiates suppress the respiratory drive, ultimately leading to death from hypoxia [low blood oxygen],” he said.

While other drugs can help people addicted to opioids, they are not a substitute for naloxone ready to be injected when someone overdoses, Glatter said.

“A harsh reality that we continue to live with is the current opioid crisis, fueled by the widespread availability of the cheap synthetic opioid fentanyl obtained online, but also by local dealers who cut heroin with it to increase its potency. “, did he declare.

The report, which was funded by the National Science Foundation, was published online Nov. 22 in the journal Scientific reports.

To learn more about opioid overdoses, see the US National Institute on Drug Abuse.

power in the field and in universities