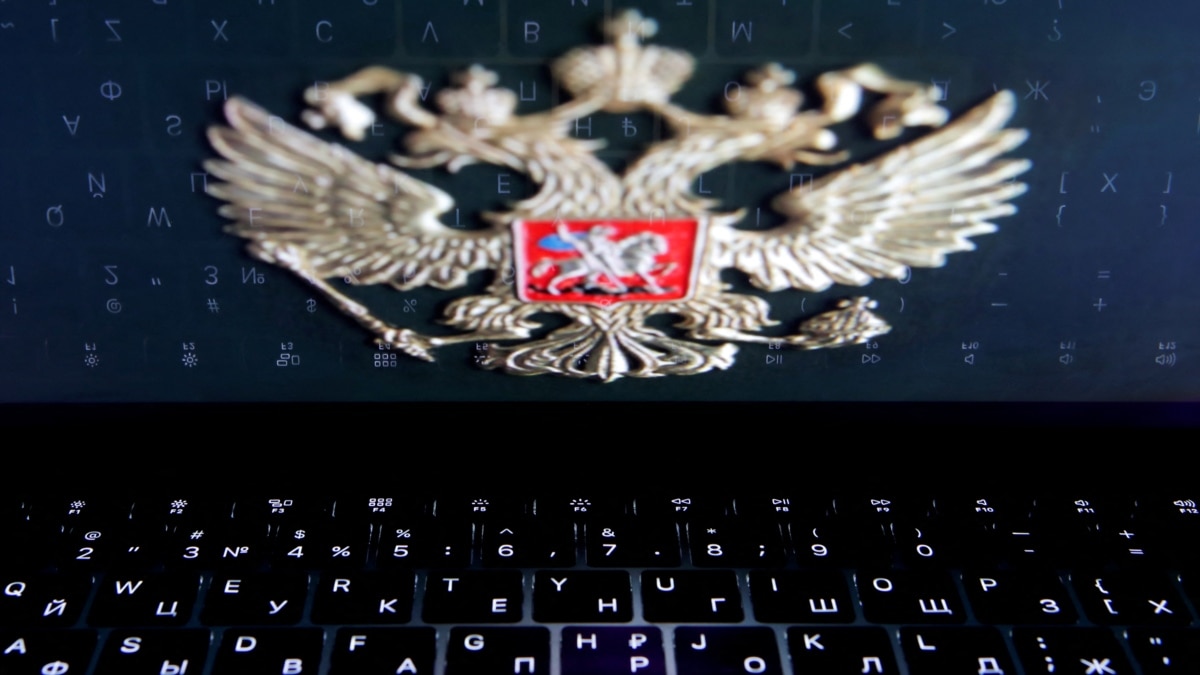 Russia’s attempt to block independent information about its war in Ukraine has been met with an increase in digital circumvention tools.

With speculation that President Vladimir Putin could go further and cut Russia off from the global internet, some groups are exploring a return to shortwave radio – a medium more commonly associated with the Cold War era.

Even by Russia’s harsh censorship standards, the past few weeks have seen an unprecedented campaign of censorship unleashed on the free press and the free flow of information following the invasion of Ukraine by the ‘army.

“The major challenge facing the Kremlin today is to protect the legitimacy of this war,” says Gregory Asmolov, a Russian-born professor in the Digital Humanities department at King’s College London.

Asmolov has studied the effects of propaganda in the digital age and expects the suppression of independent media to only increase in Russia in the immediate future.

“It is obvious that the Russian authorities have already lost the information battle outside of Russia. But internally, it remains a very sensitive subject. That’s why they have to control the narrative of the conflict,” he said.

Amid crackdown, scramble to retain access to truthful information

In response to the government’s draconian measures to restrict their freedoms, many Russian citizens have begun to seek circumvention tools such as VPNs or “virtual private networks” that allow people to overcome certain digital blocks so that they can access their usual sources of information online.

Other tools that have seen a spike in usage include Tor Browser, Psiphon and NthLink apps, as well as secure messaging apps such as Telegram and WhatsApp.

Major international broadcasters, such as Voice of America, Radio Free Europe/Radio Liberty, Deutsche Welle and others, work closely with companies providing software that allows users in Russia to access websites blocked by the Russian government.

“This approach is similar to how we handle censorship in countries like Iran and China,” says Matthew Baise, director of digital strategy at VOA. “Before the invasion, there was very little bypass usage in Russia. But in the last week alone, we’ve seen a significant spike, with up to 40% visits to golosameriki.com going through these two sellers [Psiphon and NthLink].”

Emerging and established tech giants are also working together to restore access to their content for users in Russia.

Earlier this week, Twitter became accessible again in Russia via the Tor network. Among other things, the Tor Project allows users in authoritarian countries to bypass government censorship and access blocked websites.

Telegram adopted in both Russia and Ukraine

Among the myriad of Internet privacy and circumvention instruments, the Telegram messenger has become particularly popular in Eastern Europe since the conflict began, according to Gregory Asmolov.

“This tool has become central to the proliferation of information. And it is popular with both sides – regular users and the Russian authorities, who have changed their minds on this issue. They tried to block it years ago, but now they’re using it to spread propaganda. Telegram is also actively used by the Ukrainian side, by its government,” Asmolov said.

In recent days, Russian netizens have been discussing an official document that has been leaked to the public. The authenticity of the file was later confirmed by one of the Russian ministries.

The document calls for government agency websites to be quickly transferred from foreign servers to Russian servers and re-registered under the Russian country code domain .ru.

Some observers interpreted it as the government taking its first serious steps towards a long-planned isolation of the Russian Internet from the World Wide Web in the event of a crisis.

Others have argued that it could just mean authorities are trying to create an extra layer of defense against the increased number of cyberattacks on government websites since Russia invaded Ukraine.

“Well, technically speaking, they can unplug today and shut down the internet all over the country,” says a system administrator at one of Moscow’s big companies, who chose not to be named for this story. “The question is: will they go that far because no one has ever done it in Russia, and it could be very expensive. But I won’t make any more predictions – I’ve been wrong several times already in the past two weeks.

What if the Kremlin did indeed decide to “pull the plug” – despite the costs to the Russian economy and its people – and cut the country off from the internet?

Tech experts say there are no VPNs, dark web browsers or messaging apps that will be able to bypass blocks. Very few things will. But one of them is an old but proven method of reaching audiences in authoritarian states – shortwave radio.

“Everything new is a well-forgotten old” – Russian proverb

In recent days, a grassroots effort has begun in the United States to test the transmission of Voice of America programming to Eastern Europe via shortwave radio.

“The effort grew out of a few phone calls and emails back and forth between former and current broadcasters,” says Kate Neiswender, a California-based attorney who leads a fundraising campaign for the group.

Organizers of the effort called “Shortwaves for Freedom” are working with a local shortwave radio station, Miami Radio International, which has begun airing the English language content of VOA – a “Flashpoint Ukraine” radio show – for Eastern European listeners. The aim, according to organizers, is to test the strength and quality of the shortwave signal in this part of the world.

“Russia has canceled all reporting that happens inside the country. They have criminalized journalism; to circumvent these kinds of draconian measures, and I think it is necessary to return to a technology that is easily accessible to all those that have a receiver. We’re also looking at mid-range transmissions,” says Neiswender.

Critics of the effort say there is no data on the number of shortwave radio receivers in Russia and, importantly, the willingness of local people to use them if all other news channels unfiltered were closed.

Shortwave for Freedom does not currently work with VOA, RFE/RL or their parent company, the US Global Media Agency, but its founders say they would welcome such cooperation.

Terry Balazs, director of USAGM’s Office of Technology, Services, and Innovation, says USAGM has shortwave radio transmission capabilities that could be used, among other techniques, to help its broadcasters provide information to listeners in Ukraine, Russia and other troubled regions.

“Shortwave radio audiences have been very small in many of these areas. However, during a crisis, some determined listeners may still seek out shortwave radios to listen to these broadcasts,” says Balazs.

Meanwhile, journalists – not affiliated with state media – are leaving Russia in droves.

In the days following the Kremlin attack on Ukraine, independent Russian media – TV Rain, Echo of Moscow, Meduza and others – which had been the face of the country’s free press for decades past were blocked by the authorities. Some of their journalists had to flee Russia after receiving threats.

Many international media have followed suit with The New York Times withdraw all its reporters from Russia for the first time in more than 100 years.

In a memo to colleagues, the newspaper’s deputy editor, Michael Slackman, wrote: “Russian authorities are cracking down more heavily on news and free speech than at any other time in the 22 years in power of the President Vladimir V. Putin, pushing through a law that effectively criminalizes independent reporting on the war against Ukraine.

The legislation Slackman is talking about was signed into law by President Putin on March 4 and is dubbed “The Counterfeit Law.” The measure punishes anyone who “spreads false information about the actions of the Russian armed forces” with up to 15 years in prison.

Earlier, Roskomnadzor, the country’s telecommunications and media watchdog, said Russian media should cover Ukraine’s military campaign “only on the basis of information from official Russian sources”.

The regulator demanded that the media remove articles calling Russia’s war on Ukraine a “war” or an “attack”. The only acceptable term for what is happening in Ukraine, according to Roskomnadzor, is a “special military operation”. The watchdog blocked several Russian media outlets that did not comply.

On March 4, popular social networks Facebook and Twitter were also made inaccessible in Russia. As of this writing, Russia’s telecommunications watchdog is considering blocking Instagram due to a decision by its parent company, Meta Platforms, to temporarily lift a ban on calls for violence against the military and Russian leaders.

Given the spate of recent digital bans in Russia, its citizens may have to completely readjust their news consumption in the very immediate future.

“We left the radio in the graveyard of old technologies,” Asmolov explains. “And I guess a lot of people don’t even know what this kind of (short wave) radio looks like. If we find that the Internet is completely under [Russian] control and cannot offer viable alternatives, then there will be more incentive to seek solutions in older technologies.