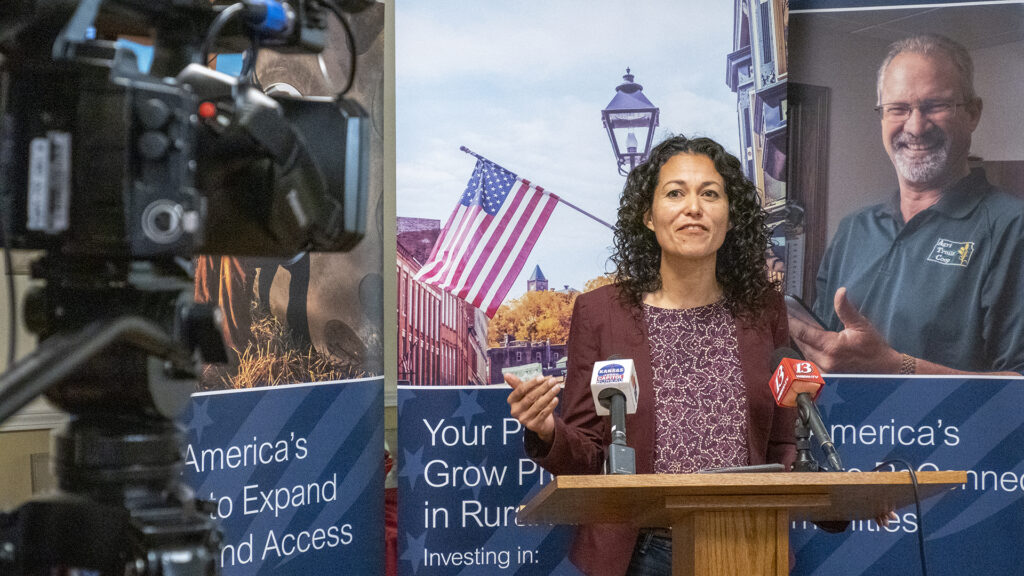 The US Department of Agriculture will send more than $500 million in loans and grants to telecommunications providers to bring high-speed internet to rural areas in 20 states, Secretary Tom Vilsack said Wednesday.

The department will spend $360 million in grants and $141 million in loans through its ReConnect program to benefit sparsely populated communities, including in Alaska, Colorado, Kansas, Nebraska, Michigan, Minnesota, Iowa, Missouri, Montana, North Carolina, Oregon and Tennessee.

The funding, the third cycle of the department’s ReConnect program, combined with additional funds from the $1.2 trillion infrastructure law signed into law last year, would make a major difference in connecting rural people and businesses , Vilsack said.

“We now have for the first time a real opportunity to cover literally all of America,” Vilsack, a former governor of Iowa, told reporters during a press call Wednesday. “With the third cycle of the ReConnect program and the resources available under the Infrastructure Act, I believe we have come a long way to improve and increase the level of service.”

A $6.3 million grant will fund a JBN Telephone Co. project to connect 700 people, 17 businesses and 225 farms in eight counties in Kansas and Nebraska to affordable high-speed internet.

“We know high-speed internet is a modern necessity,” Torres-Small said. “We know the ingenuity that exists in rural America. We know the opportunity for children to learn in rural America is worth the investment of high-speed Internet so that no matter where you live, you can compete on the World Wide Web and you can to be connected.

“The beauty of this process is that the USDA has a very specific role,” he said. “This objective is essentially to increase the capacity of existing installations.”

The two largest allocations were both grants for communities in Alaska.

The Alaska Telephone Company will receive $33 million to deploy a fiber optic network to connect 211 people and five businesses in the Borough of Haines, Hoonah-Angoon Census Area and Municipality of Skagway.

The USDA will provide Arctic Slope Telephone $31 million for a similar network to connect 476 people, 15 businesses and a public school in the North Slope Borough.