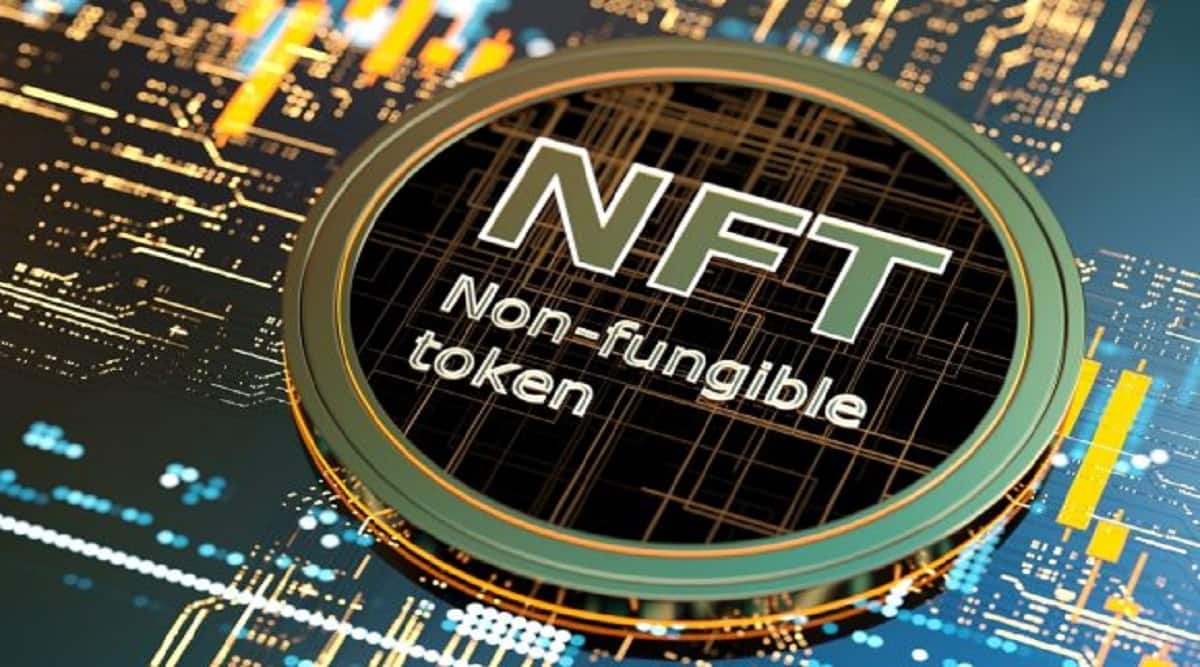 Twist in the token: a way for buyers to show off or just a quirky fashion? NFT’s Jazzy Journey

Revolution or simple fad, NFTs arouse opposing opinions. Short for non-fungible token, an NFT can be anything digital – a JPEG image, GIF, audio or video clip. Powered by blockchain technology, these are exchanged via cryptocurrency. You can think of it as an art auction. Just like you bid on a work of art and buy it for money, so do NFTs – only in this case the work of art is a digital asset.

The first NFT was created in 2014. It was a digital artwork named “Quantum” created by New York artist Kevin McCoy. At first glance, NFT seems like a good deal. It gives artists the platform to sell their digital creations, which otherwise might not earn them the same money. Among the many works of art being sold as NFTs, some eccentrics have caught the eye.

Canadian musician Grimes often makes headlines, whether it’s for her past relationship with billionaire Elon Musk or the eccentric name (X Æ A-Xii) of the ex-couple’s firstborn. Last year, she made headlines for selling her digital artwork as NFT for a whopping $5.8 million, that too in just 20 minutes. One of his artworks featured a winged baby carrying a sword that appeared to be guarding Mars. (Did that sound like anything?)

If cherubs brought in $5.8 million, a naked Donald Trump with the word “loser” written on it brought in $6.6 million. The digital artwork titled “Crossroads” was created during the 2020 US Presidential Election by artist Mike Winkelmann, known as Beeple.

Not just artists and celebrities, several brands have also joined the NFT movement recently and have created products that can surely leave you wondering. Have you ever heard of digital toilet paper? That’s what American toilet paper company Charmin offered in exchange for $4,100. No, you can’t do your actual work using it, but you can sell an image of a toilet paper roll, something you can easily download to your computer, for more money. Yes, it can earn you over $4,000.

Charmin wasn’t the only one. American fast-food chain Taco Bell released a taco-themed GIF for sale last year, which sold out in just 30 minutes. Pringles also invented CryptoCrisp, the “NFT flavored” crisps. This “NFT flavor” was a five-second video of spinning animated golden Pringles. The price? $1,500, only.

If the NFT flavored chips weren’t enough, there was a digital flavor on the shelf for $1,000 apiece. So much for the digital smell!

After digital toilet paper and perfume, the world of NFTs can go no further, one might think. Bad. Not just you, this world is also for dogs. If not, what can explain the idea behind NFT sticks? Not a real stick your dog can play with, but a picture of one for $1200. Strange, right? We can no longer say that.

While we’re down to the pictures, let’s dive into the most famous ones. You must have stumbled across the “disaster girl” meme at some point, the one with a little girl smiling as a house is on fire behind her. The photo of four-year-old ‘disaster girl’ Zoe Roth was taken in 2005. Decades later, when Zoe, now an adult, put the original photo up for sale as an NFT, she brought him back $500,000. This is what benefits from a “disaster”.

While Zoe’s photo is a world-famous meme, 1,000 expressionless selfies of a 22-year-old Indonesian student, which he sold as NFT, netted him double that.

Just when we thought the world of NFTs couldn’t get any weirder, we came across a stink. During the Covid-induced lockdown, when many didn’t have much to do, American director Alex Ramirez Mallis decided to record his farts. If that wasn’t enough, he released the 52-minute audio clip as an NFT. With that, was he taking advantage or mocking people’s intellect? That only Ramirez can say.

Since most were selling digital assets, Croatian tennis player Oleksandra Oliynykova sold part of her right arm as NFT for $5,000. The owner can order a tattoo or body art. “I will bring your artwork or message to every tennis court I play on,” the tennis player wrote in the listing. Not a bad deal, right?

Clip art, GIFs, audio and video files are acceptable, but can someone sell the World Wide Web? Not the Internet, but the “www” source code, its creator Tim Berners-Lee sold as NFT for $5.4 million last year. While we’re talking about the first ones, do you know what the very first tweet was? It was “just my twttr set up”, by none other than Twitter co-founder and former boss Jack Dorsey. Do you know its value? A zilch, you might think, given that the platform doesn’t pay in exchange for money. True! But this one is no ordinary tweet and earned Dorsey over $2.9 million when sold as an NFT.

Going through this list, one cannot help but think of the NFT phenomenon. What is that? A tool for people to make millions, a way for shoppers to show off, or just quirky fashion that will gradually fade? Only time will tell.

‘The world needs you,’ Northeast President Aoun told BC High

The Importance of Reading Reviews of Online Casino Platforms