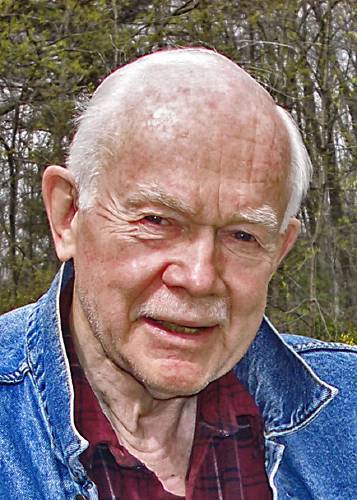 In their book “In Search of an Audience”, authors Bradley Morrison and Kay Fliehr wrote: “We were inevitably led to a conclusion best expressed by a public relations professional, John Bos, now general manager of the Theater des living arts of Philadelphia, speaking at a national conference; “The press officer in resident theaters is exercising selective honesty. They must seek only the honest presentation of who they are. It does not involve the management or control of hard information.

In fact, I was referring to a specific PR episode when, before Philadelphia, I was publicity manager for the highly regarded Arena Stage in Washington, D.C. We got a negative review from the Washington Post, but good reviews in the evening of the Star era and Daily News. The Post was by far the most important newspaper when it came to influencing our audience. His well-known critic had exhausted our production. What did I want readers to read without avoiding this review in our weekly newspaper ads? I couldn’t just ignore it because that would be like avoiding a bad review. I decided to tell selective truths from all the reviews by interspersing the negative Post quotes with the positive Star and News quotes. I wanted to infer, “See? That’s one man’s opinion! Look what other people have to say!

I remembered my “selective honesty” quote thinking about today’s communications environment that is destroying democracy by employing selective dishonesty – especially in Russia and the United States.

The “information revolution” that revolves around us began on October 4, 1957, the day Russia launched Sputnik. Considered “the dawn of the space age”, Sputnik had far greater negative impacts on Earth than in outer space. The plethora of impacts of disinformation on democracy stem from the same nation that launched that damn satellite 65 years ago and the invasion of Ukraine in February earlier this year.

According to the United Nations Office for Outer Space Affairs, there were 7,389 individual satellites (Sputniks) in space at the end of April 2021. Since the creation of the United Nations database, 11,139 satellites have been launched, of which only 7,389 are actually in spacer. The rest either burned up in the atmosphere or fell back to Earth as debris.

The purpose of 1,832 of these satellites is communication. Without them, there would be no World Wide Web. There would be no internet. There would be no Facebook, Twitter, TikTok and the fake news ecosystem that feeds on some of our deepest human instincts. Respondents to a Pew Research Center study said that “humans’ primary quest for success and power – their ‘survival’ instinct – will continue to degrade the online information environment over the next decade. They predicted that manipulative actors will use new digital tools to tap into humans’ innate preference for comfort and convenience and their thirst for answers they find in reinforcing echo chambers.

In The New York Times on March 13, Richard Hasen wrote that “the same information revolution that brought us Netflix, podcasts, and knowledge of the world into our smartphone-holding hands has also undermined American democracy.” “There is no doubt,” he said, “that virally-spread political disinformation and raving invective about stolen and rigged elections threaten the foundation of our republic. It will take legal and policy changes to strengthen this foundation, and that may not be enough.

“We now live in a time of extreme partisanship and weak political parties that can no longer serve as restraining influences on extremists within their ranks,” Hasen said. “It’s expensive to produce quality journalism, but cheap to produce polarizing political ‘takes’ and easily shareable misinformation. The business model of local newspapers and accurate news gathering has collapsed over the past two decades.

Without intact and viable professional journalism, “news” will increasingly be shaped to avoid, divert or deny what is real in the service of those who would exploit American democracy for their own financial, power and political ends.

To sum things up, Hasen writes, “If we had the polarized politics of today but the information technology of the 1950s, we would almost certainly not have seen the January 6, 2021, uprising on the US Capitol. United States “.

Selective dishonesty has infected the truth in today’s “news”.

“Connecting the Dots” appears every other Saturday in the Recorder. John Bos is a contributing writer for Green Energy Times and the publisher of a new children’s book “After the Race”. Questions and comments on today’s column can be sent to [email protected]

Stablecoin: Should you really treat stablecoin like a traditional cryptocurrency?