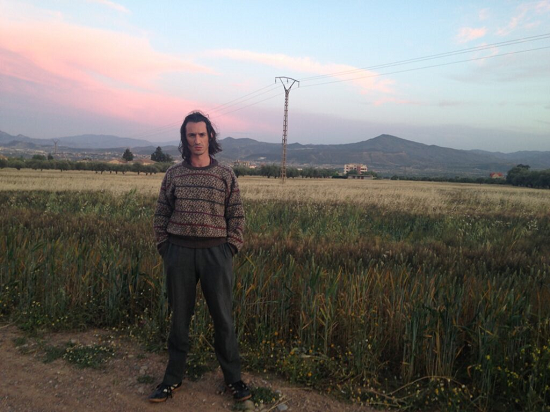 I gave up collecting records about 13 years ago. It’s too late to start over now. I would go buy one. Then I would only have one disc. It seems somehow unworthy. There was a time in my life when they were precious to me. At Cookstown High School, my pocket money was spent either on blank video cassettes – which I used to record my favorite TV movies – or on CDs from the local music store. I continued to amass a collection after moving to London at 18 to study art, even adding a vinyl section to my library when the time came.

Once art school was out, once the student loan gravy train stopped, I found it problematic to maintain any kind of permanent home. To the four winds my collection was scattered. The World Wide Web became very popular around the same time. A streaming addiction has spilled into the gaping hole left behind. Streaming and a life spent largely on tour in the decade that followed dramatically changed my listening habits. Albums have become – predictably – much less relevant. I also discovered that I could no longer remember the names of the people I was interested in, everything became fleeting.

I’ve become largely dependent on my bandmates to do the archiving and deep-dive, especially my songwriting partner Saul Adamczewski, whose inner record nerd only seems to grow with age. I think having buddies like that all the time can breed some kind of entitlement in you if you’re not careful. I have become quite lazy. Now that he lives far, far away, in distant France where, according to rumour, he is busy raising a child, who should I turn to? Discover Weekly? For the past few years, I’ve noticed this awful feeling that comes over me every time I pick up my phone to select a track if there are people in my apartment. The same dozen ideas come up over and over again, or I just submit and hand over the reins to Spotify. It shouldn’t be like this, I tell myself, I should care more than I do. I’m a musician for God’s sake!

Sometimes I think having spent more than ten years with the Fat Whites has left me associating the music itself with a multi-faceted trauma: I blame the music, it’s the music’s fault, without the music , you would have freed yourself and the rest of the population a long time ago! But no, it’s just that I haven’t seen my brothers in arms much lately, I’ve spent the pandemic writing about them instead of playing with them. The two years he took in pen ten thousand apologies with Adelle Stripe who I now call “the great silence”. You can’t really have a whole lot of scraps while you’re busy cooking up alternate truths and softcore character assassinations. You need all your concentration for that…

Lias Saoudi is the co-author of Ten Thousand Excuses: Fat White Family and the Miracle of Failure, which is published by White Rabbit. To start reading his Baker’s Dozen, click on the image of him below.