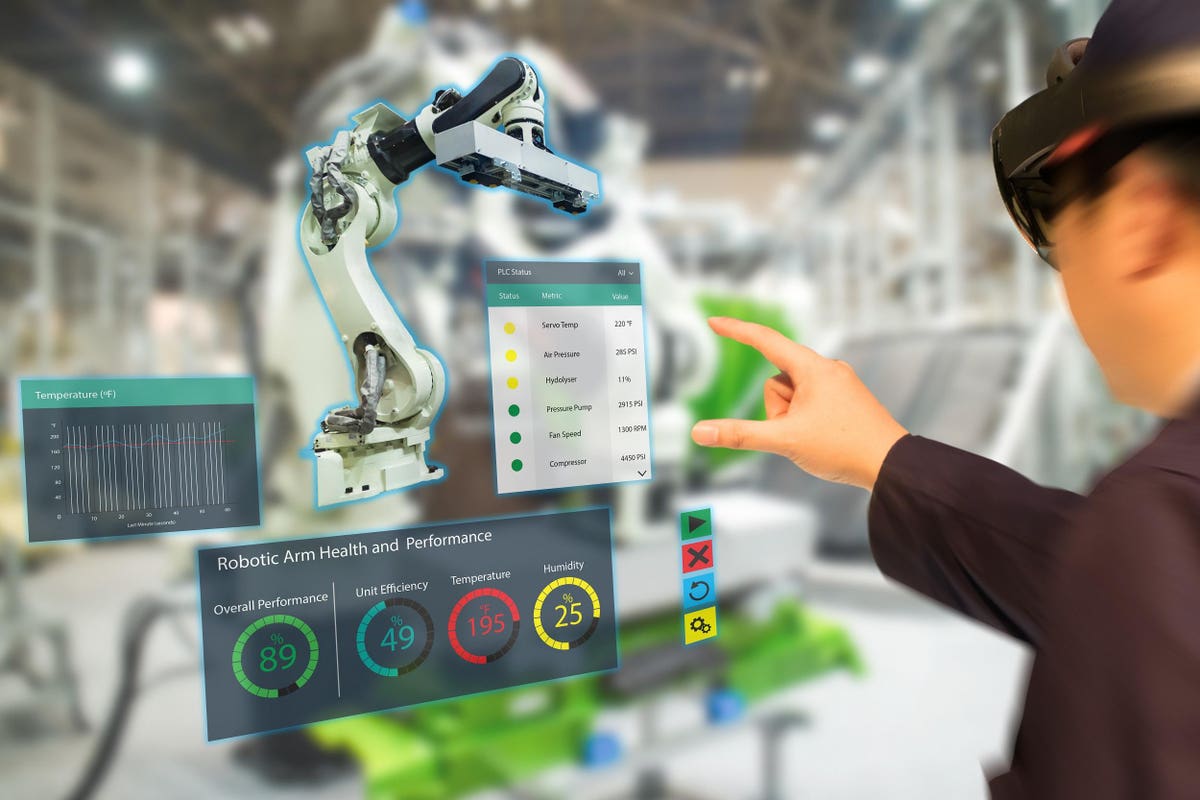 Extended Reality (XR) is a catch-all term that covers virtual reality (VR), augmented reality (AR), and mixed reality (MR). In very simple terms, VR is about putting on a headset to enter a fully immersive 3D digital environment, AR is about using a phone or glasses to overlay computer images on the real world, and MR can be a combination of two technologies.

While they accomplish this in different ways, they all involve new ways of interacting and experiencing our increasingly digital world. As our lives – work, socializing, shopping, entertainment – increasingly evolve online, these new ways of interacting with reality mean that we can experience it in richer and more immersive ways. In work and professional environments, this means a greater ability to collaborate on projects with colleagues in digital spaces. In entertainment, that means games and activities that feel more ‘real’ than ever.

This digitalization of our lives has accelerated dramatically since the start of the pandemic, leading to increased interest and innovation around XR and virtual worlds. So here’s a look at some of the key trends involved and how we can expect them to continue to shape our lives through 2022 and beyond:

XR and the Metaverse

Sometimes referred to as Web 3.0 (or social media 2.0), the metaverse is a concept that’s gaining a lot of excitement right now – see Facebook’s recent rebranding to Meta. This is expected to remain the case throughout 2022. While the Metaverse isn’t supposed to exist exclusively in XR, it’s the version that does that gets the most attention. Indeed, more immersive and experiential environments are at the heart of the whole concept – something to which XR interfaces lend themselves very well.

The truth is, no one knows exactly what the Metaverse will look like if the predictions that it will play a significant role in our lives turn out to be correct. But Meta’s focus on the VR aspects (through its Oculus hardware brand) means that it’s likely to be a core feature. 3D environments, avatars and gamification – three fundamental aspects of the concept – all integrate well with VR interfaces. And AR, too, with its potential to blur the line between virtual and real worlds, is another idea that fits well with the concept of the metaverse. 2022 is expected to see the release of Meta’s Horizon platform, giving people a first glimpse of what the Metaverse might become, and VR will be the window through which they experience it.

Like any technology, the hardware needed to access virtual reality gets smaller and more powerful over time. This is especially beneficial for the adoption of this technology, when we are talking about devices that need to be attached to our heads! In addition to lighter VR headsets, AR devices will also get lighter – California startup Mojo Vision has already demonstrated the potential of AR contact lenses that project information directly onto the retina.

The hardware will also offer more functionality. Eye-tracking technology that allows us to control interfaces with eyeball movements has already been cracked, thanks to the HHTC Vive Pro Eye headset, and we can expect more software to take advantage of this technology over the course of time. the year to come. A big advantage here is that the system only needs to render the parts of the image that are directly viewed in high quality, which reduces the power consumption of the headphones. Other innovations will attempt to solve the problem of allowing realistic movement in virtual environments (which will always be a problem if your real environment does not match the size and proportions of your virtual environment, and is not exempt from dangers that could cause you to trip!) Suggested solutions to this problem include both boots, as offered by Ekto VR, and treadmills, such as the one developed by Virtuix.

A technology known as haptic feedback will attempt to solve the problem of delivering tactile sensations in XR environments. An example is the Teslasuit which provides tactile feedback by electrostimulation. The suit currently costs around $ 20,000 and, among other uses, is used by NASA for astronaut training, but we can expect to see smaller-scale mainstream versions on the market in 2022.

The retail industry is going through huge changes, both online and offline, and both offer plenty of opportunities to innovate with XR technologies. In online retail, virtual reality solutions can be used to create more engaging and immersive shopping experiences that mimic the “hands-on” benefits of brick-and-mortar outlets. Meanwhile, in bricks and mortar, AR technology can help customers find what they are looking for on the shelves and provide the kind of information and commentary opportunities (for example, incorporating customer reviews). customers to in-store products) that shoppers have become accustomed to having online.

Virtual reality enables online retail experiences far beyond what is possible with typical e-commerce websites – for example, customers can “try on” jewelry and clothing using digital avatars and engage in “personalized” interactions with chatbots. In real stores, more stores can be expected to be equipped with AR technologies such as virtual mirrors that allow customers to try on many different items without having to take the time to change or even touch products! When they find items they like, they can simply be directed to where they are on the shelves.

The rollout of 5G is accelerating, and 2022 looks to be the year when adoption becomes widespread enough to become a mainstream proposition. Currently offering speeds around 20 times faster than existing mobile networks, but with the potential to significantly increase this differential, the advantages are not only faster data transmission, but the possibility of different types of data and services. . This will likely include the large amounts of data needed to run XR, making virtual reality and augmented reality wireless and in the cloud possible. Plutosphere, for example, and other startups offering similar services, allow users to broadcast VR games from cloud servers, eliminating the need for users to own expensive gaming PCs with powerful graphics hardware in order to enjoy virtual reality at home. Gaming has tended to serve as a testing ground for much of the virtual reality technology that is currently permeating other industries such as healthcare and education, so we can expect some solutions to be found. Similarities for other use cases emerge during 2022. This will significantly reduce barriers to entry for many companies wanting to deploy XR solutions without making significant infrastructure investments.

XR in training and education

I believe that providing more immersive, engaging and – in some cases – more secure educational opportunities will be one of the most important areas of growth for XR technology in 2022 and beyond. There are a number of reasons for this; First, in accordance with almost every other aspect of our life, education – especially adult education and training – increasingly takes place online and at a distance. It was driven by the global pandemic, but it is clearly a trend that was underway long before school closings and closures became a regular feature of life. Online learning – either in a formal setting, such as through a university or training organization, or informally through one of the ever increasing numbers of MOOC – increasingly enables us to integrate lifelong learning into our busy lives in ways that would not have been possible 20 years ago.

XR technologies make it easier for students to visualize concepts – from numbers used in accounting to historical events or even the inner workings of reality exposed by quantum physics – in interesting and engaging ways. Evidence suggests that when we learn by experimenting in this way, rather than just reading hard facts, we can improve our knowledge retention by 75 to 90%.

Virtual reality can also be used to train and simulate operation in hazardous situations, such as FLAME system used to train firefighters to fight forest and aircraft fires. And AR is increasingly used to provide real-time information to trainees during on-the-job learning, such as the use of goggles and headsets equipped with computer vision to recognize and warn of potential dangers. in the working environment.

Learn more about how AR, MR, and VR are used in my book, “Extended Reality in Practice: Over 100 Amazing Ways Virtual, Augmented, and Mixed Reality Is Changing Businesses and Society. “