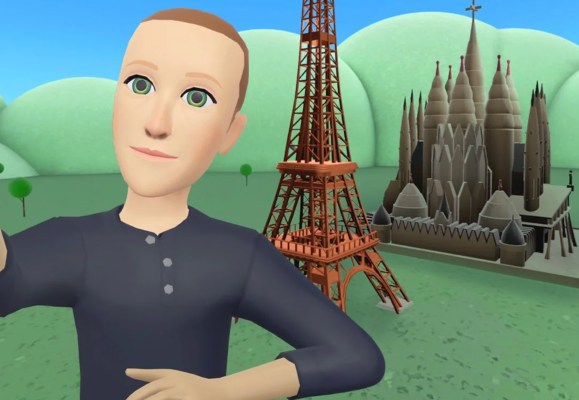 Life is too short to listen to a 3 hour conversation between normal human Mark Zuckerberg and neutral prankster Joe Rogan, so I’m taking a different approach: scrolling through an extremely long transcript very quickly and picking nuggets more or less at random. Here’s what Zuckerberg thinks of various things.

(These quotes have been very slightly edited for clarity.)

Part of what’s kind of trippy about this is that in some ways some of these experiences I think feel more realistic than, say, a Zoom call, right, where you can actually see the face of the person. Because I mean, the way our memory works, it’s like it’s very special. Right? So, you know, when I leave here today, I’ll remember you were in front of me, and there’s a symmetry, it’s like you were in front of me. So that means I’m in front of you. We have a shared memory of the gender of the space, of the place.

I guess it doesn’t quite work because headphones but normally, you know, if I, if you talk, it’s coming from that direction, and spatial audio and kind of directional building a spatial pattern of things is the way we create memories. So you take something like Zoom, and it completely blows it up. ‘Cause now all the meetings you have look alike, don’t they? There is no symmetry, is there? So if you’re at the top left of my, my box, square, that doesn’t mean I’m in the same place for you. So, in fact, we don’t have any sort of shared spatial sense of that.

While I appreciate Zuckerberg’s attempt at an aesthetic argument (in a broad sense) regarding the sympathetic nature of shared memory formation, I think the interactions he describes are actually very asymmetric in real life, and Zoom actually creates a kind of super-symmetry contained within the flat screen that doesn’t reflect the differences we would feel. If you and I are in the same room, what we see and hear about each other is really very different and we may remember it very differently.

It’s true that a shared VR environment would create more of a sense of common space for both participants, but I wonder if that environment would be more memory-friendly than a video call. Admittedly, the environments available on Meta’s VR platforms are incredibly generic.

So in a world, in the future, where you know, a lot of things that could be physical today, I mean, maybe these, this kind of art and sculptures and stuff you have here. Maybe in the future they won’t be physical, maybe they’ll just be holograms, because you can change them very easily. Maybe over time, the kind of relationship between the amount of physical things we interact with and digital things changes and becomes more balanced, or something like that.

Whereas so historically everything was physical and there was very little information or digital overlays on it…I think it’s probably going to be a lot healthier for us. Rather than consuming kind of all that extra context through this tiny little portal that we carry around on a phone, and you’re just kind of like watching this and you miss all the context. I think so that it can be layered and you know, there’s a kind of people that can come in and interact with them through that.

It’s telling that Zuckerberg thinks the problem with art today is that there isn’t enough virtual context layered directly on top of it, and holographic guides that give you a guided virtual tour of the artwork. Now, anything that gets people more interested in art is certainly good, but you have to wonder if the solution is really an augmented reality headset given to you when you enter the Louvre. Why physically go there, or anywhere at all? I guess his whole enterprise is an attempt to answer that question.

Zuckerberg on the evolution of social media

The Holy Grail builds something that can create a sense of human presence. Right? It’s like I’ve spent the last almost 20 years of my life creating social software, you know, making sure that whatever limited computation you have, you can somehow share something about your experience. And it started with mostly text, okay, when I was in college, and then we all got these smartphones and had cameras so it turned into a lot of photos. Now the mobile networks are good enough that there is a lot more video. And for me, that kind of immersive experience is definitely going to be the next step.

The progression from text to image to video certainly suggests that something more “immersive” would be next, but that ignores the fact that all three of these formats work great with a phone-like device and the only difference between them is basically the bit rate. It’s a quantitative progression, and Zuckerberg proposes that we are on the verge of a qualitative change, which eliminates everything that people already appreciate about the text, images and videos they engage with (as people have been engaging with for millennia) and replaces a new expensive, invasive and very unfamiliar method . I don’t think that follows.

You wake up in the morning. Look at my phone to receive a million messages… That’s usually not good, right? I mean, people save the right things to say to me in person, don’t they? But it’s like, okay, what’s going on in the world that I kind of have to pay attention to that day, so it’s almost like, every day you wake up and you’re like, a shot of punch in the stomach and it’s like, okay, well, fuck.

I saw this quote chosen by someone earlier, so it caught my eye. That’s of course relatable, even if most of us don’t run a business that weathers PR crisis after PR crisis. What I wonder is how does he wake up every morning feeling smitten, A) when he’s rich and can literally do anything, but B) when he runs a business that touches so many people and provides so many opportunities to somehow improve that. Year after year, Facebook and other social platforms have amplified and generated controversy and extremism. You wake up every day and see the fruits of this, and your response is to reset yourself, not the system you created.

To be fair, maybe that’s what he’s thinking as he “resets” by going “surfing or foiling” to his family ranch on Kauaʻi. Around here, foiling means smoking crack, but it probably means sports.

One of the decisions that we’ve basically made is that if someone does some kind of angry reaction, we don’t even count that in whether to show it to someone else.

When I was making this decision internally, a bunch of teams were like, well, you know, there’s a lot of things wrong with the world, and people should be mad about that and things like that. It’s probably…it’s just. But I’m not here to design a service that makes people angry.

Facebook has both promoted and capitalized on outrage and anger on a scale virtually unprecedented in world history. Looks like the horse has left the barn here and Zuckerberg is there carefully oiling the pins of the lock.

Zuckerberg on debugging the brain

And then you can use AI techniques over time to be able to extrapolate from what you saw in very high resolution of the tissue that you removed from the body to now be able to even agree if there are like optical and physical limits of what you can see with a microscope in a body, you can use all this AI-generated data to be able to effectively see different cells interacting, like no one has ever seen a synapse, you know, a neuron, like fire, like, like what it looks like in the synapse of a front brain, like in a living organism.

But I kind of think my engineering, my take on this is like, how are you going to debug a system or help fix it if you can’t step through the code, okay, like a line at the times and like, see everything that happens. If you really want to understand what’s going on in the brain, you have to see this, right?

This kind of perspective is one of many valid but non-overlapping magisteriums when it comes to how to understand the brain. Obviously, psychologists and behaviorists focus on higher-level phenomena and don’t really care how many neurons of any type are involved. Others see action potentials and immediately interpret it as code, since they are essentially binary (although they ultimately form an analog system). That Zuckerberg would espouse this view was inevitable.

The idea that brain operations are a form of code and must be made intelligible to be “debugged” is not necessarily harmful, although it is (like most mental models) fundamentally reductive. But it can be harmful if, as many in technology do, people prematurely assert that they have understood the system. Some of the worst treatments and failed intellectual approaches to intelligence, consciousness and perception have come from people with little information and a big agenda.

Zuckerberg on his face

I mean… Obviously, the Senate testimony isn’t exactly an environment set up to accentuate the humanity of the subject. I do not know. If you stay up there for six or seven hours, you’re going to make a face worth making a meme out of.

Right, but we were watching and he was making that face pretty much all the time.