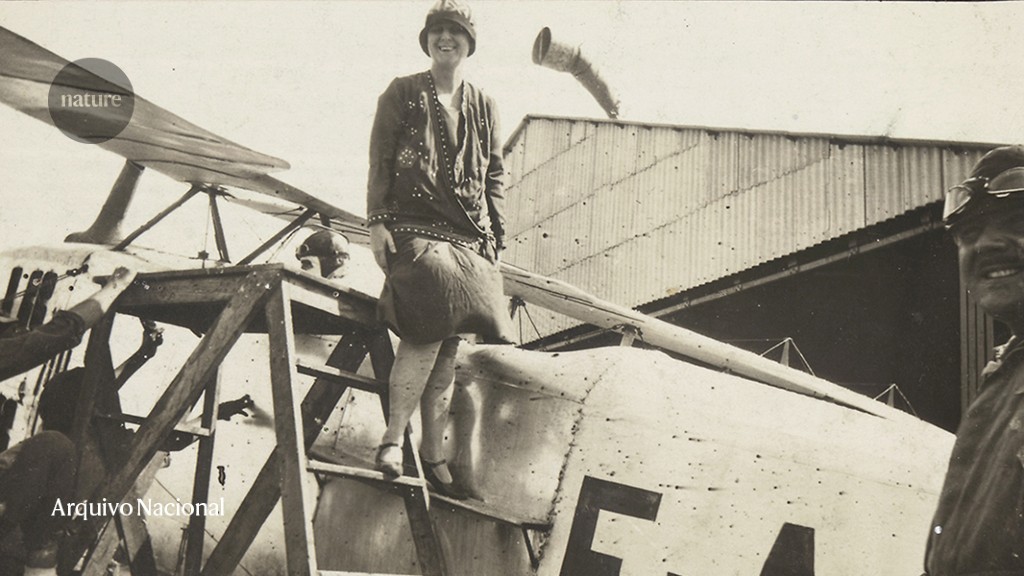 power in the field and in universities

In 2020, we started teaching a course on women, science and the environment to undergraduate and graduate ecology students at the Federal University of Rio de Janeiro in Brazil. The course included lessons from many Brazilian women who lead social movements. We selected the speakers on the basis of our networks and our knowledge of the field, and we drew on their experiences to build the content.

Inspiration for this course came from a talk given by two women at ECO 2019, an event hosted by graduate students to discuss the lives of graduates and research. They used the trajectories of four often overlooked women scientists to address the challenges faced by women as graduate students and the scarcity of women in leadership positions in our department.

The overlooked scientists were Hypatia, a late 4th century AD philosopher, astronomer, and mathematician who taught at the Alexandria Museum in Egypt; Maria Merian, 17th century naturalist and scientific illustrator who was one of the first European naturalists to observe insects directly; Enedina Alves, the first black woman to obtain an engineering degree in Brazil, in 1945; and Bertha Lutz, a 20th century herpetologist at the Brazilian National Museum in Rio de Janeiro, who fought for the inclusion of women’s rights in the Charter of the United Nations.

The presentation reinforced our own experiences and we decided to develop a course to further explore the issues. Together we came up with a program that included 16 guest speakers, all women: half from academia and the other half from social movements and organizations. The academics came from fields such as urban planning, neurobiology, mathematics, and philosophy. Some classes were structured so that two lecturers exchanged ideas. But after the first face-to-face classes in March 2020, the coronavirus pandemic hit Brazil, and we suspended the course. Six months later, classes resumed in a shorter online format. In total, around 20 women and 2 men completed it.

Online, we decided to focus on social movement stakeholders, as the main objective was to show students how the struggles for ecological and environmental rights go hand in hand with human rights and sustainable development.

Eight speakers shared their rich life stories and their struggle for environmental and social justice. Miriam Nobre, who works to promote women’s rights in agriculture, spoke about the relationship between feminism and environmental action, and Brazil’s transition to sustainable agriculture. Cris dos Prazeres spoke about ReciclAção, a recycling project triggered by a landslide in 2010 in Morro dos Prazeres, a favela, or informal neighborhood, in Rio de Janeiro. Cris showed us how the discussion relates to environmental justice and how women have become key players in the project.

Juliana Deprá, Movement for Popular Sovereignty in Mining, spoke about the environmental impact of mining in Brazil and how the movement is tackling human rights violations in the industry , as well as pollution caused by mine drainage and incursion into indigenous territories. Mining has historically been filled with prejudice and violence against women. However, women are increasingly present in the industry and have acquired a leading role in social movements in mining.

These and other interviews raised the question of the relationship between gender and environmental issues, and why women often occupy major roles in social and environmental movements, at least in Latin America.

There is a clear relationship between ecology and social rights: data shows that vulnerable groups suffer the most from man-made natural disasters, such as desertification and landslides. And women have a harder time than men in many of these circumstances, according to 2019 United Nations data. Climate change, for example, can lead to food insecurity – and women will often prioritize feeding those who depend on them, such as their children and even their partners, rather than themselves. Gender disparities in food security increased in 2020: women are now 10% more likely than men to be food insecure, up from 6% in 2019. And, globally, 4, 4 million more women than men live on less than $ 1.90. one day.

It is important to bring together and articulate technical scientific knowledge to explain the relationship between the global economy, the environment and women’s rights. Dialogue is needed to discuss and propose alternatives to the patriarchal structure while showing the importance of women’s work and how it relates to the environment.

Our course included discussions on the link between ecological or environmental issues and health and vulnerability. The students have found that women have a lot to say about these topics. The course highlighted the need for knowledge co-production between academics and non-academics. It also showed that we urgently need to build a new ethic of care, centered on the sustainability of life and focused on equality, social justice, democracy, harmony with the environment and solidarity.

On the last day of the course, we had a class discussion about how it went; we also asked students to complete an anonymous survey. An evaluation of the results showed us that the students and ourselves had all become more aware of the common effort required to achieve a more collective and sustainable future. The course’s WhatsApp group has become a space to support women in need and disseminate information about women in science and the environment, and we have opened up to people in the environmental field in Rio de Janeiro.

Key elements of success, in our opinion, included the transdisciplinary nature of the course, with a team of guest speakers from diverse backgrounds. The topics covered dealt with issues relevant to both urban and rural areas, and the approaches of the speakers touched on the political, academic, cultural and even religious spheres. In addition, we gave guest speakers the freedom to choose how they wanted to express their ideas: some did a classic slideshow; some showed the physical space where they and their colleagues worked; some engaged in very personal and emotional dialogues with the students.

The online format allowed us to invite speakers from outside of Rio de Janeiro, but it meant that students had fewer opportunities to volunteer for speaker projects and organizations as part of their experience. learning. This could have given the students field experience in developing projects and could have strengthened their capacity for environmental leadership. We plan to repeat the course and hope to save this element when the university resumes face-to-face activities.

Creating links between society and academia will help us all to democratize science and pursue development in a sustainable manner.

After a successful summer, COSMOS program visits teachers in the classroom | Colombia