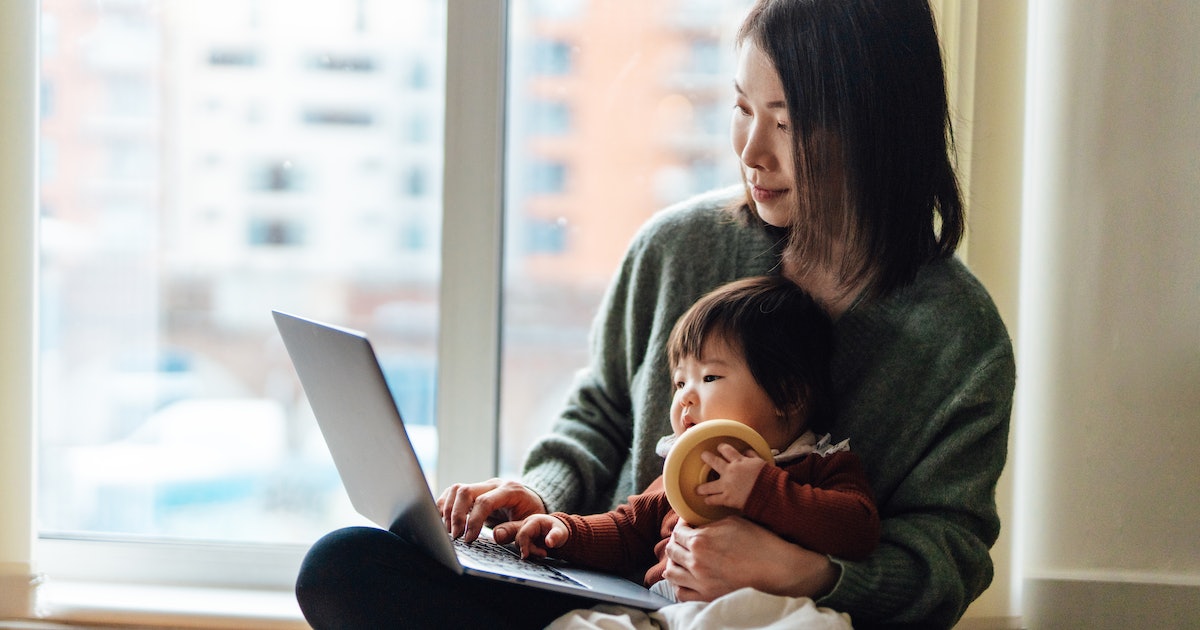 If you’ve ever had to Google how to deal with diaper rash or how little sleep you can technically survive while raising a baby, you’re not alone. A new survey has found that the average American parent turns to Google to ask questions about their baby 2,152 times in the first year.

Produced by OnePoll on behalf of CeraVe, the survey surveyed 2,000 parents with a child under two and found that parents worry about their baby six times a day – and often turn to the World Wide Web for advice.

And 62% of parents said they often or always think about the impact of their decisions on their baby and their future.

The survey also gave insight into other aspects of first-year parenting in numbers. The average parent spends “more than 1,600 hours holding their newborn baby, has 77 sleepless nights, and makes an average of 56 phone calls to their own parents and 67 to medical experts in that first year.”

When it comes to those more than 2,000 Googles a year, top topics include finding skin conditions and expert-recommended infant products, both at 43%. Questions related to food (40%), why their baby is crying (38%) and why their baby is not sleeping (37%) were also the most searched topics.

Of the 2,000 parents surveyed, 71% agreed they would have been totally lost during their child’s first year without parenting experts on hand.

Despite all the challenges, nearly two-thirds of those surveyed said becoming a parent is one of their greatest life achievements.

Perhaps the most reassuring part of this survey is how parents remembered their first days as a new parent: 47% wished they could tell themselves, as exhausted as they were, that they excellent work even if it seems to them like quite the opposite. Around 46% said they would reassure new parents that they are not the only ones who do not know all aspects of caring for a new baby.

You’re not a bad parent if you have to google something. Everyone does it (at least six times a day, apparently!)

The Importance of Reading Reviews of Online Casino Platforms