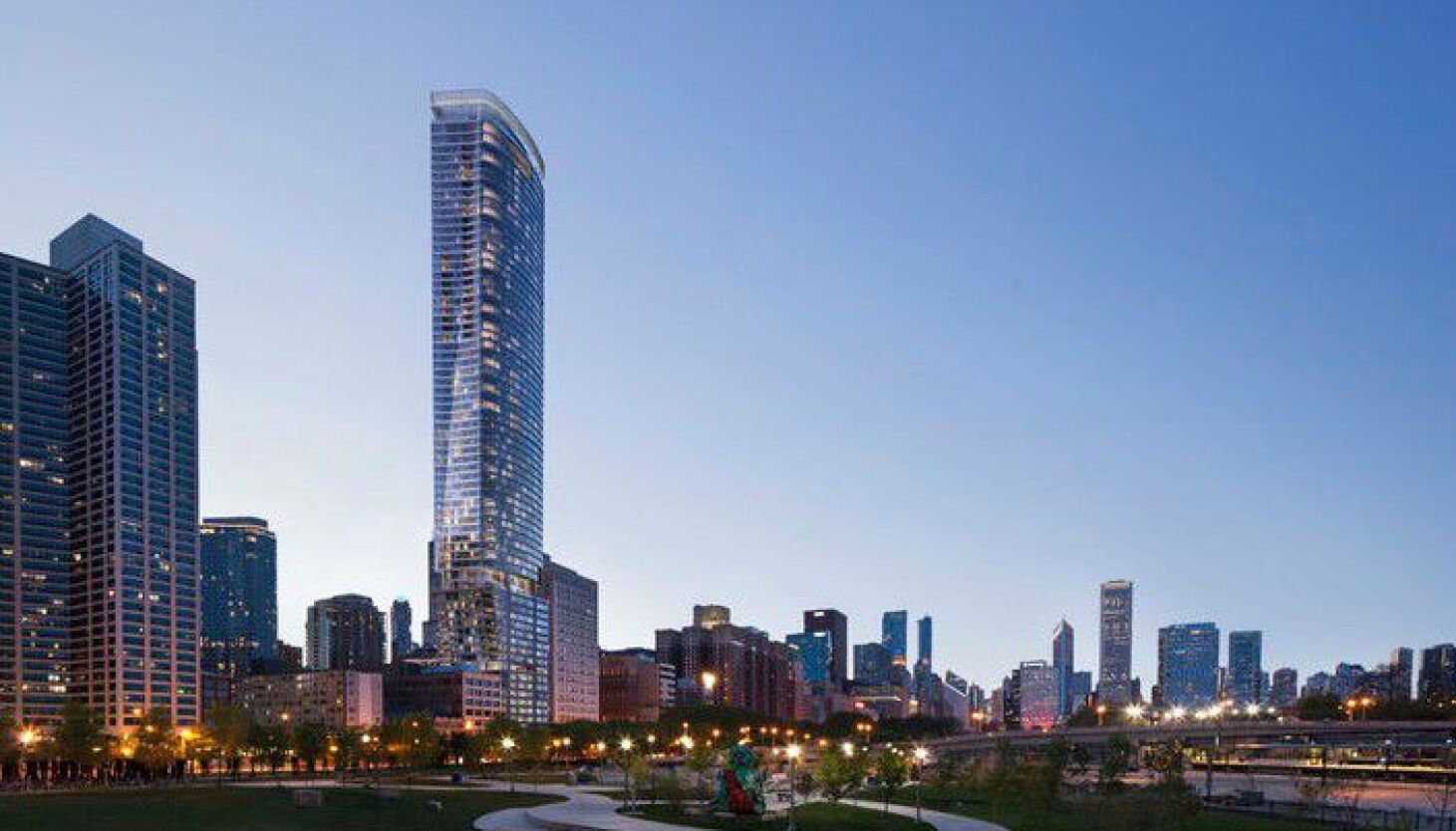 The lender of a Helmut Jahn-designed skyscraper slated for 1,000 S. Michigan has temporarily withdrawn funding for the project, making it Chicago’s largest development yet to be stalled by pandemic-related economic worries of coronavirus.

Goldman Sachs suspended financing for the construction of the $470 million building for 90 days and will review the matter in September, the developers said. They said buyers of condominium units in the 74-story building were offered a portion of their deposits.

Goldman is “concerned about the economic stability of the market at this particular time due to recent events,” Time Equities Chairman Francis Greenburger said Tuesday. New York-based Time Equities is developing the building with JK Equities and Oak Capitals.

Any major investment in real estate has rushed headlong into the deep recession caused by business shutdowns that state and local governments have ordered to control the coronavirus. In the case of Jahn’s building, the funding delay calls into question the viability of a 421-unit tower that would be Chicago’s largest new condominium building since the last recession in 2008.

Greenburger, who did not specify the amount of Goldman’s financing, said he would explore other financing options in the meantime. “We remain hopeful that this graceful iconic structure will one day help define the Chicago skyline,” he said.

In June, developers halted foundation work at the site to prevent any further spread of COVID-19, even though construction projects were deemed “essential” and proceeded under Governor JB Pritzker’s shutdown rules. The project was expected to be completed by the end of 2022. Listed prices for the units ranged from $313,000 for a studio to $8.1 million for a four-bedroom penthouse.

At 832 feet, it would be Jahn’s tallest building in Chicago. His work here has included the James R. Thompson Center in the Loop, which the state government wants to vacate and sell for development, and the United Airlines Terminal at O’Hare Airport.

Greenburger said buyers signed contracts for about a quarter of the units in the building, but it took a long period of pre-sales to get there. Developers got the green light from the city for the project in 2016.

The project’s delay was first reported by the Chicago Tribune.