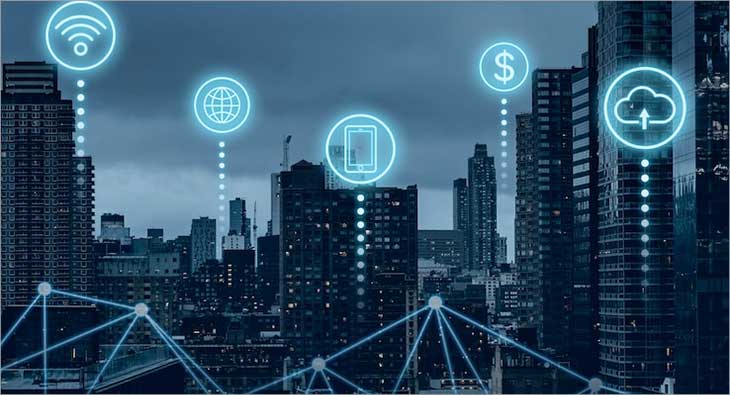 Is Web 3.0 the future of the Internet or just a marketing ploy?

Elon Musk dismisses it as a marketing ploy, while Jack Dorsey called it a “venture capitalist’s plaything”, as reported by Bloomberg and his tweets. While many tech messiahs have expressed their doubts about Web 3.0, calling it everything from a scam to a fairy tale, many brands, their marketers and influencers are calling it the future of tech. the Internet and the democratization of media ownership, information and how businesses, consumers and content interact with each other.

While Web 1.0 (running roughly between 1991 and 2004) comprised largely static web pages, Web 2.0 refers to the Internet as it exists today, comprising “user-created content uploaded on forums, social media and networking services, blogs and wikis, among others”. services” according to the Encyclopedia Britannica. Web 3.0 is based on blockchain technology, with a potential decentralized ecosystem that will allow users to break away from the control of tech giants like Alphabet, Meta and the rest of ‘big tech’, breaking down ‘walled gardens’. of closed internet platforms.

Swapnil Pawar, Founder of Newrl, believes that Web3.0 technology enables an economy of ownership – something unique to it that was not possible before. “Brands and marketers can use it to engage with their customers as owners instead of passive consumers. This will improve customer loyalty and also make every customer a brand ambassador for the company,” he says, adding, “The current model of overspending money on customer acquisition and retention can be very effectively replaced by this new approach where users benefit from the upside to the medium term mark. This is made possible by using blockchain technology to give users a direct economic stake in the brand.

Just like NFTS, cryptocurrencies, DeFi (decentralized finance) and other buzzwords, many companies and brands are working on developing Web 3.0 systems, touting its benefits for consumers and a way to interact with people. brands without intermediaries.

Another huge benefit that marketers say Web 3.0 offers is its resolution to privacy issues. Shajesh Menon, Founder and CEO of Younion, commenting on Web3 technology and consumer privacy issues, says the next generation of the World Wide Web brings with it a world of ubiquitous innovation for brands and marketers.

“With greater collaboration between humans and machines, Web3 helps us design smarter interfaces that are more user-friendly, highly personalized, increasingly adaptable, easily shareable, with increased security and privacy. The future of the internet isn’t just about delivering effective marketing strategies, it’s about saying goodbye to traditional ways of advertising,” he says.

“Decentralization puts the power back in the hands of creators, brands must now think beyond the sale and seek to build meaningful relationships with customers to create partnerships that benefit everyone involved,” adds Menon.

Suraj Nambiar, National Media Manager, Tonic Worldwide, points out that Web 3.0 is currently in its infancy and brands are not yet seeing stable, regulated platforms that offer these services. “Their options with NFT and the metaverse will give brands a great opportunity to engage consumers in the future. Web 3.0 solutions such as NFT based on blockchain technology can help decentralize industries to give users product security and services. This is done through authentication in the blockchain network. However, he warns that these are not infallible and can be hacked, suggesting that government regulations could provide a sense of security for brands and marketers to explore. marketing.

Menon notes that Web3 promises transparency where users will own their data and be aware of what others are doing with their information, but as promising as that sounds, it’s a big shift in how we think about data. and democracy comes with its fair share of risks.

“With data being transparent and traceable, it raises questions about the protection of private information and with regulations ranging from non-existent to lenient to scrutiny, the gaps are many. Fear of the unknown also brings an element of added blurring to the mix.For example, during the recent launch in India of cryptocurrency leader, Coinbase, since crypto advertising was under intense scrutiny, we had to adopt a disruptive creative solution that positioned the global brand like a trusted friend and made a familiar Indian connection,” he says.

Pawar thinks that DAOs (Decentralized Autonomous Organizations) are an interesting idea that marketers can leverage – to empower customers and opt in to them in decision-making. “For example, Zara may very well solicit direct input on design choices from customers’ DAOs (Decentralized Autonomous Organizations). These are not just customer survey mechanisms. They can be used to motivate customers. participants with design success, for example. It creates a lot more key customers and engaged influencers,” he says.

Amanjot Malhotra, Country Head – India, Bitay points out that it’s easy to forget the time it took for established businesses to figure out how to navigate Web1 and make meaningful connections between the internet channel and their existing businesses.

“Walmart only started actively selling online in 2000, 6 years after Amazon was founded. As recently as 2001, other retail titans like Target, still struggling with e-commerce operations, chose to rely on Amazon’s storefront and fulfillment capabilities, throwing the foundations of Amazon’s immense platform business,” Malhotra says, adding that Web3 is growing more slowly than Web1 and Web2 as commercial technology infrastructure, in part because of the willingness of some members of the community to actively resist the centralized coordination that can accelerate this evolution.

Wading through the murky waters of Web3 will seem daunting at first, Malhotra says, adding, “Over time, brands have to figure out what works for them through trial and error and observe what succeeds and fails for others. Remember, just like with Web1 and Web2, serious adoption and experimentation will attract greater rewards. Feigning community affiliation by co-opting NFT slang in social media posts can backfire by making you appear disconnected (so take it easy with those WAGMI), and token art-gathering efforts NFT will probably get you as far as your dotcom-era vanity websites did.

So while things are still a bit hazy, the potential, according to marketers, is huge.

Malhotra and others believe that given India’s expertise in computer technology and the notion that the crypto market is at the forefront of technological transformation, the country could gain significantly from becoming an epicenter of crypto innovation. “An optimal regulatory structure would be one that fosters innovation while minimizing the risks posed by bitcoin through the adoption of effective regulatory guidelines,” he said.

“With Web3, the value released is that of consumer empowerment. The ecosystem empowers consumers to become brand stakeholders – through digital assets, NFTs and experiences, making the internet a safer place for people to shop, stream, work, play and everything the rest. Brand experiences are about to get smarter, sharper, richer, immersive and interactive in more ways than we can imagine. And we haven’t even scratched the surface, the truly revolutionary applications of Web3 probably haven’t even been invented yet,” concludes Menon.