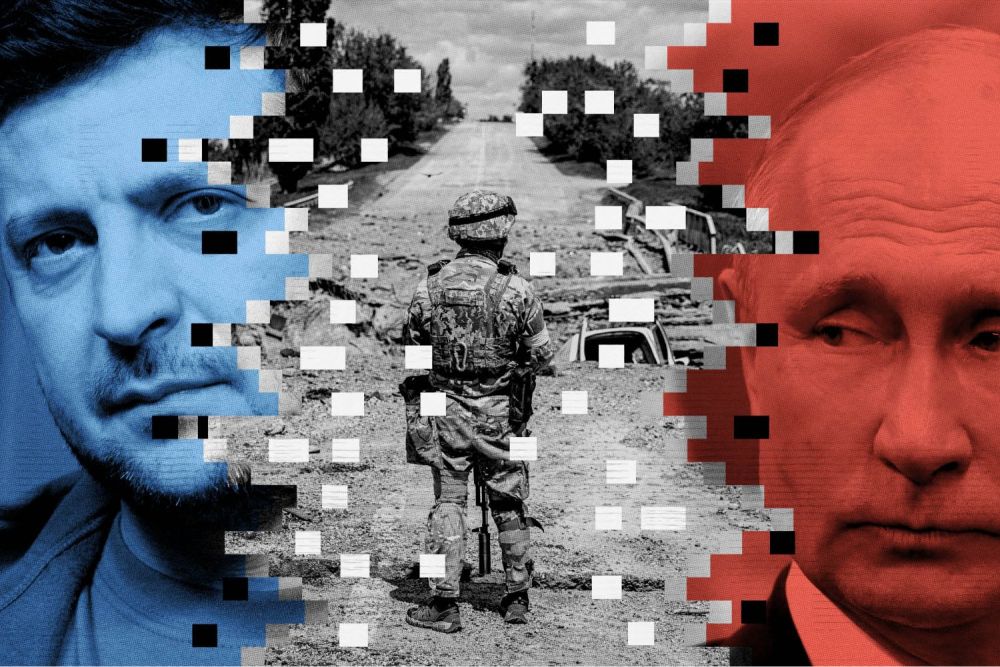 In the run-up to Russia’s invasion of Ukraine and throughout the ongoing conflict, social media has served as a battleground for states and non-state actors to spread conflicting narratives about the war and portray the ongoing conflict on their own terms. As the war drags on, these digital ecosystems are awash with disinformation. Strategic propaganda campaigns, including those that peddle disinformation, are by no means new in warfare, but the shift to social media as the primary distribution channel is transforming the way information warfare is waged, as well as people who can participate in ongoing conversations to shape emerging narratives.

Examining the underlying dynamics of the impact of information and disinformation on the war in Ukraine is crucial to making sense of and working towards solutions to the current conflict. To that end, this FP Analytics brief reveals three critical components:

The role of social media and national disinformation campaigns

Both Russia and Ukraine use social media extensively to portray their versions of unfolding events and amplify contrasting narratives about the war, including its causes, consequences and continuation. Government officials, citizens and state agencies have all taken to an array of platforms, including Facebook, Twitter, TikTok, YouTube and Telegram, to upload information. It is difficult to determine the exact amount of content uploaded by these different actors, but the scale of information uploaded on social media about the war is immense. For example, in the first week of the war alone, videos from various sources on TikTok tagged #Russia and #Ukraine had amassed 37.2 billion and 8.5 billion views, respectively.

Basically, the narratives presented by Russia and Ukraine are diametrically opposed. Russia presents the war in Ukraine, which Putin says is a “special military operation”, as a necessary defensive measure in response to NATO’s expansion into Eastern Europe. Putin also calls the military campaign necessary to “denazify” Ukraine and end an alleged genocide carried out by the Ukrainian government against Russian speakers. By contrast, Ukraine’s narrative insists that the war is a war of aggression, emphasizes its history as a sovereign nation distinct from Russia, and portrays its citizens and armed forces as heroes. defending itself from an unwarranted invasion.

Ukraine and Russia are not the only state actors interested and committed to portraying the war on their own terms. Countries like China and Belarus have pledged to portray the conflict on their own terms and have launched coordinated disinformation campaigns on social media platforms. These campaigns largely downplayed Russia’s responsibility for the war and promoted anti-American and anti-NATO positions. The mix of narratives, both true and false, from different state actors as well as millions of individual users on social media has expanded the role of tech platforms in shaping the dynamics of warfare and could influence its outcomes. .

Russia and Ukraine used social media extensively before the war

Prior to the latest Russian crackdown on the internet, US-based social media platforms were widely used for communication and access to information.

The scale of information uploaded to social media and the speed at which it proliferates creates new and complex challenges to countering disinformation campaigns. It is often difficult to identify the origin of a campaign or its reach, which complicates efforts to remove fake content en masse or identify fake messages before they reach a mass audience. For example, the active “Ghostwriter” disinformation campaign, attributed to the Belarusian government, uses a sophisticated network of proxy servers and virtual private networks (VPNs), which allowed it to avoid detection for years. Before the operation was uncovered in July 2021, it effectively hacked the social media accounts of European political figures and news outlets and spread fabricated content criticizing the North Atlantic Treaty Organization (NATO) throughout Eastern Europe. The level of sophistication possessed by these types of modern state-sponsored disinformation campaigns makes them extremely difficult to detect early and counter effectively. Russia, in particular, has spent decades developing a propaganda ecosystem of official and proxy communication channels, which it uses to launch large-scale disinformation campaigns. For example, “Operation Secondary Infektion”, one of Russia’s longest running campaigns, has spread misinformation about issues such as the COVID-19 pandemic on more than 300 social media platforms since 2014.

With most US-based social media platforms now restricted, these national platforms make it easier to communicate online in Russia.

Russia has banned more than 2,384 websites since the start of the war, causing a rapid increase in VPN downloads.

The range of social media platforms used and the variation in their availability between different countries hampers the ability to coordinate counter-disinformation efforts, while creating different information ecosystems across geographies. Narratives about the war emerging on social media take different forms, depending on the platform and the region, including in Russia and Ukraine. Facebook and Twitter are both banned within Russian borders, but Russian propaganda and disinformation aimed at outside audiences still flourish on these platforms. In Russia, YouTube and TikTok are still accessible to ordinary citizens, but with heavy censorship. The most popular social media platform used in Russia is VKontakte (VK), which hosts 90% of internet users in Russia, according to the company’s self-reported statistics. It was previously available and widely used in Ukraine until 2017, but the Ukrainian government blocked access to VK and other Russian social media such as Yandex in an effort to counter Russian propaganda online. In 2020, Ukrainian President Volodymyr Zelenskyy extended the ban on VK until 2023, so he did not facilitate communications between Russians and Ukrainians throughout the war that year.

Government restrictions on these major social media platforms make Telegram the main social media platform currently available to Russians and Ukrainians. Telegram is an encrypted messaging service created and owned by Russian tech billionaire Pavel Durov, which is used during the war for everything from connecting Ukrainian refugees to safe passage opportunities, to providing timely video near real events on the battlefield. Crucially, in the fight against misinformation, Telegram has no official policy in place to censor or remove content of any kind. Although some Telegram channels have been shut down, the company does not issue official statements as to why, and it generally allows the majority of user-posted content to continue to circulate, regardless of its nature. This allows Telegram to serve as a mostly unfiltered source of disinformation in Russia and Ukraine and to reach audiences that Western social media platforms have been cut off from. While Telegram doesn’t filter content like many other platforms, it also doesn’t use an algorithm to boost certain posts, and it relies on direct messaging between users. This design makes it difficult for AI tools to effectively stimulate misinformation. In contrast, on other platforms such as Twitter and Facebook, AI additionally enables the rapid spread of war misinformation.

An Insider subscription includes full access to cutting-edge journalism from Foreign Policy, plus exclusive access to FP Analytics’ cross-sectional research at the intersection of politics, technology and global markets.

by following the instructions below.