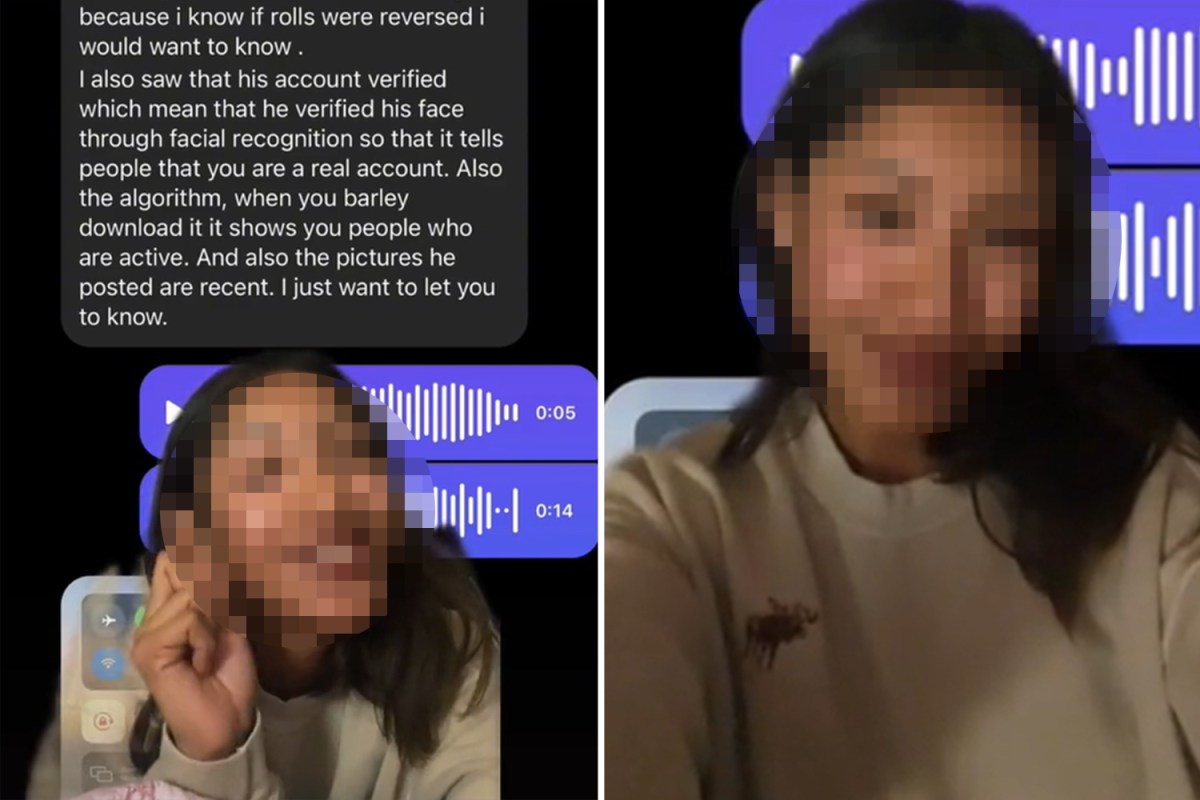 A WOMAN caught her boyfriend using Tinder while they were dating.

The girlfriend was told by a friend on social media that her ex-boyfriend was using the popular dating app.

In a TikTok video, the woman uploaded a screenshot of her friend’s messages detailing what she found online.

“I also saw that his account was verified, which means he verified his face with facial recognition to tell people that you are a real account.

Making sure the man couldn’t use the excuse that the account was old, the friend continued, “Plus the algorithm… shows you active people. And also the photos he posted are recent. I just wanted to let you know. “

The woman responded to the girl with voice notes, but did not play them in the TikTok video.

Instead, she spoke the lyrics to Taylor Swift’s hit song All Too Well, mimicking “and it made me want to die” while pointing to the girl’s messages.

The video, which racked up over 3 million views, was captioned: “Really made me cry and throw up at my new job.”

The friend also appeared to send a screen recording to the girlfriend, however, again, this was not shown in the video.

TikTok viewers were quick to fill in the comments with praise for the person who messaged the girlfriend.

“The way she gave you the facts and all the reasons to back them up. She’s really part of your team,” one user said.

Another wrote: “The girl should be a lawyer. She had her apologies covered for you” and someone added “DAUGHTER GIVEN RECEIPTS. I’m so sorry but this girl is so nice for what she has do.”

One viewer even asked the girlfriend for advice on whether or not to tell her friend similar news, to which she said yes.

“YES (: my relationship was already hanging on a thread even though my social media showed the opposite haha,” the woman said.

The Sun contacted the woman who uploaded the TikTok video but did not get an immediate response.

We pay for your stories!

Do you have a story for the US Sun team?