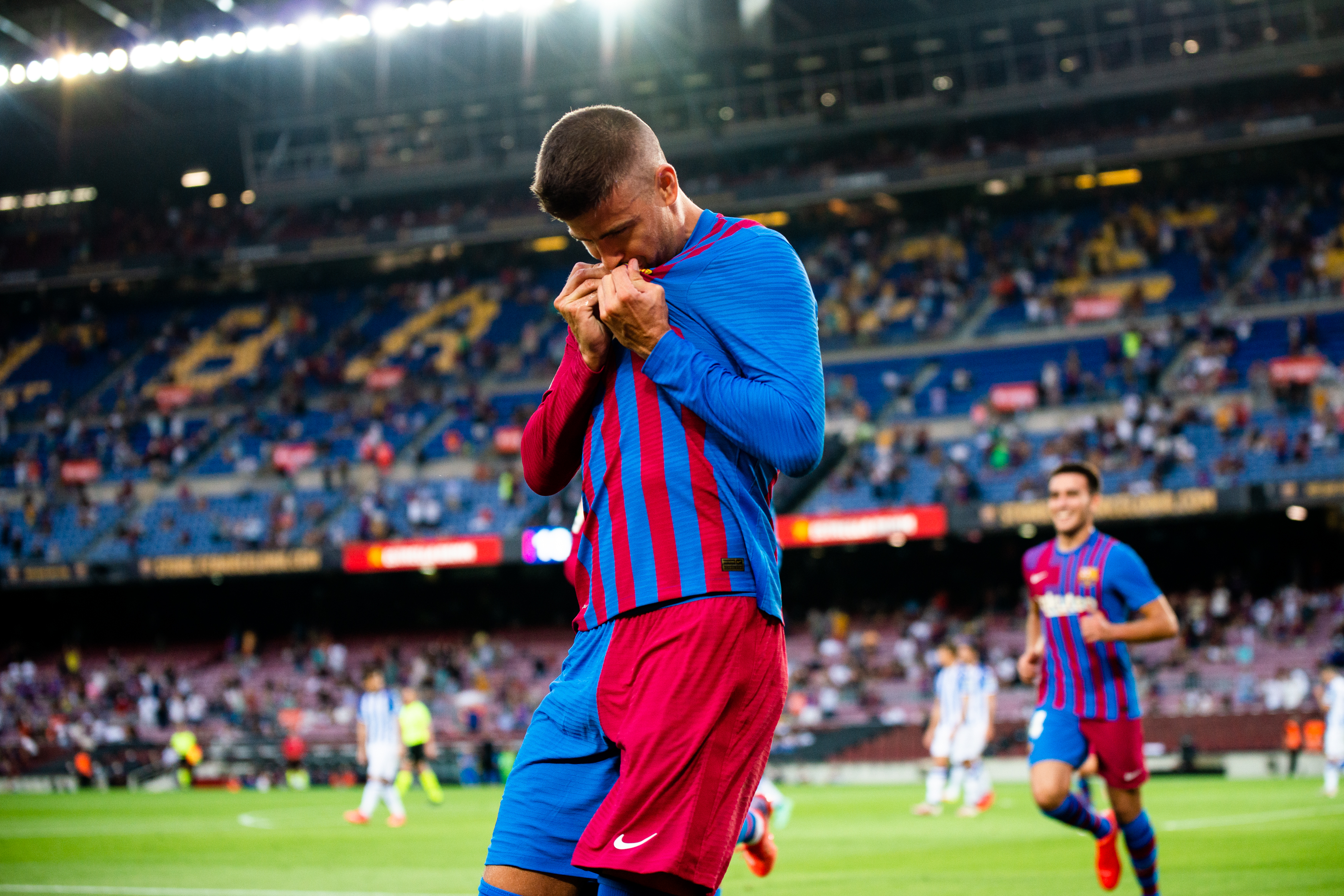 Gerard Pique ends his time at FC Barcelona. The legendary Barca centre-back has released an emotional video via his social media that Saturday, November 5 will be his last game in a Barca shirt at Spotify Camp Nou. A member since birth leaves the Club.

February 2, 1987 saw the birth of a real Barça man and he became a member of the Club the same day. He played in FC Barcelona’s social tournament as a young boy before joining the then first youth category, Under-12s, at the age of 10. He then rose through the youth ranks before deciding to temporarily end his time at Barca to join Manchester United at the end of the 2003/04 season. At the Red Devils, Gerard Pique played the 2006/07 season on loan at Real Zaragoza before returning to help the Manchester club win the Premier League and Champions League double in the 2007/08 season.

The player with the fifth highest total appearances in FC Barcelona history made his official debut in the shirt on 13 August 2008 in a Champions League game against Wisła Kraków which ended 4–0. It was only the beginning of his brilliant career with FC Barcelona, ​​with whom he won 30 trophies. The first came with the magnificent hat-trick in the 2008/09 season and he became one of football’s most notable defenders.

The seasons passed and as one of the rocks of the FC Barcelona team, the La Masia-educated man continued to add to his success stats. He also became third captain in 2018.

He always stood out both in defense and in attack, definitely a defender with an attacking instinct. Memorable goals like the 2-6 at the Santiago Bernabéu or strikes that are part of FC Barcelona’s history books – he scored Barça’s 1000th goal in international competition against Celtic in the Champions League game in of the 2013/14 season.

Two celebrated goals from his 29 as a Barça player. In fact, he is Barca’s second most-scored defender and the club’s most successful defender in the Champions League with 16 goals.

After 615 games – 396 in La Liga, 126 in the Champions League, 65 in the Copa del Rey, 16 in the Spanish Super Cup, two in the European Super Cup, five in the Europa League and five in the Club World Cup – “all these dreams of children have come true”. “It’s time to end this journey. I always said there would be no other team after Barça. And it will be like that. This Saturday’s game will be my last on Spotify Camp Nou”, concluded an emotional and legendary Gerard Pique.