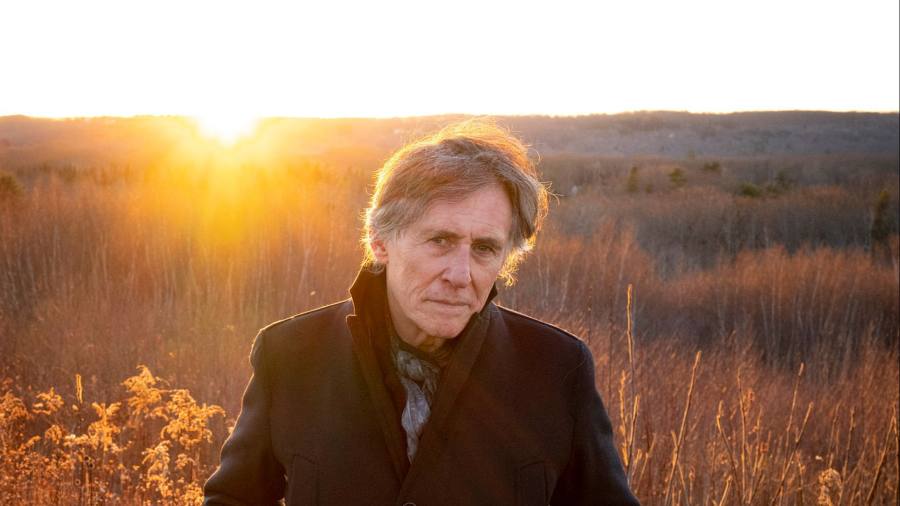 Gabriel Byrne: “There will always be an existential threat”

In 1983, Gabriel Byrne was sent on a last minute trip to Venice to shoot a scene from Wagner, a television series about the German composer starring Richard Burton. Byrne was at the start of his career and had landed the role of Karl Ritter, Wagner’s patron. He was on welfare and living in a run down flat in London at the time, so couldn’t believe his luck at finding himself in a fancy hotel on the Grand Canal.

However, the first day of filming was a disastrous one, with Byrne’s mustache falling constantly. At the end, Burton invited him to his room for a drink, where he gave some advice: “Give it all you’ve got, but never forget it’s just a bloody movie, it’s is all. We do not cure cancer.

“He was a man that I respected a lot and that I revered as an actor who said to me: ‘Be careful. It’s not real life, ”Byrne now remembers. “Because I saw what happened every time he left the hotel. It was crazy. Seventy or 100 photographers jump on top of each other at five in the morning to take a picture of it. Byrne, now 71, heeded Burton’s words and decided never to let fame turn his head.

Their meeting is detailed in his memoirs Walking with ghosts, released late last year, which contains lyrical snapshots of his life and career and reflects his uncomfortable relationship with stardom. But first, we have the apocalypse to discuss, specifically Byrne’s role in the dark, atmospheric update to HG Wells’ novel. War of the Worlds, which returns for a second series on Disney Plus next week.

Taking place today, the action is split between northern France and London and follows the progress of various groups of survivors – including Byrne’s thoughtful neuroscientist Bill Ward – as they search for their loved ones while avoiding the homicidal aliens that have wiped out most of humanity.

Speaking on Zoom from a hotel in an undisclosed location in the UK – Byrne is filming, but is not yet able to reveal what – he is warm, caring and still courteous, despite his exhaustion evident after a long day of work. He read Wells’ book as a teenager, but it wasn’t until he reread it in college that he understood its significance.

“It’s prophetic,” he said. “And it’s still relevant. When you come back to it, you see things there that you haven’t seen before. There will always be some kind of existential threat [that underlines] the fragility of humanity, be it nuclear war or the environment. In my opinion, there are a lot more scary things in the world than aliens emerging from a flying saucer.

Byrne remembers the very real fear of a nuclear attack growing up in Walkinstown, Dublin, in the 1950s and early 1960s. “It was the first time people spoke of the annihilation of the world, and it was a real thing that could happen next Tuesday, ”he said. “It wasn’t something vague. There was a possibility that every person you knew, and every place, would be erased. Namely that at 10 or 11, it stays with you. I understood deep within myself that the world is not something you can count on.

I remember a member of the team saying, ‘Who’s going to believe London has empty streets?

It evokes a question that hangs over the filming of the first series of War of the Worlds in 2019. “We were asking ourselves, ‘What is the threat? I remember a member of the team saying, “Who is going to believe that London has empty streets, with people who are too scared to go out?” And then, of course, Covid happened. “

Byrne is best known for his big movie roles – he made a name for himself as the lead man in the Coen Brothers gangster movie the miller’s crossing, and later in Gillian Armstrong’s adaptation of Little woman (the book remains one of his favorites) and that of Bryan Singer The usual suspects. Still, it was a stint in a rural Irish television soap opera called The Riordans in the late 1970s – he played the flamboyant and handsome Pat Barry – which put him on his way.

He notes how he has witnessed big changes in the way we tell and watch stories in movies and on television. He remembers working on the John Boorman film in 1981 Excalibur, in which he played King Uther Pendragon – “and I couldn’t understand why we were there three days shooting the same scene. It was really a luxury we had at the time. But television is not about hanging out to see what the atmosphere is like. It’s about quick cuts and editing. It’s just a faster paced medium.

In 2008, Byrne starred in the HBO series Processing, about a psychotherapist in his fifties, in which he played for three seasons. He said he would do 35 pages of dialogue every other day – “on a chair, with only one other person in front of me.” It was more theater than television or cinema. It was like doing a play three times a week.

He observes how TV networks now have more money and faster turnover, and therefore are allowed to take risks, which can enable more exciting creative decisions. But he’s worried about where that leaves independent cinema. “I remember being in a movie theater in New York [recently], and there were three people there, including me. Then the other two left, and I thought, “My God, this movie probably took four years to make and there’s no one watching it.”

I sometimes saw 10 movies a week in a haze of cigarette smoke and disinfectant. . . The house in the picture is a carpet showroom now

As a young man, Byrne developed a passion for cinema thanks to his grandmother, who was the first to take him to the cinema. He writes with nostalgia in Walking with ghosts about his local picture house – “I would sometimes see 10 movies a week in a haze of cigarette smoke and disinfectant … The picture house is now a carpet showroom.

Before starting the book, Byrne worried about his ability to remember details of his past – “but then there’s that magic when you pick up the pen and find, in a way you can’t explain, that the pen connects with your unconscious ”.

Rather than a chronological account of his life, the book includes a series of vignettes that come and go through the decades, documenting his school days; his first few years of employment in which he worked as a diver, hotel washroom attendant, plumber and encyclopedia salesperson; and his acting career.

There are moments of trauma – he recounts the sexual abuse he suffered in a Catholic seminary where he was training to be a priest – and there is also humor. Filming Excalibur, he remembers the horrible grinding that accompanied his ramming of the titular sword into the stone (the weapon was real but the rock was made of polystyrene). Elsewhere, he is caught in an earthquake on his first visit to Hollywood and has a bout of diarrhea after his First Communion, a scene his mother later recounted to audiences gathered at the Galway Film Festival.

When not working, Byrne leads a quiet life in Maine with his second wife, documentary filmmaker Hannah Beth King, and their young daughter (he also has two children from his first marriage to actress Ellen Barkin). He likens going to Hollywood to “touching a hot stove.” I touched it and then I thought, ‘Jesus, do I really want this?’ ”

He recalls being told that in addition to an agent, he would need a director, a lawyer, a business manager and a publicist – “and I would need of a little Botox to regulate the wrinkles which came on my forehead. And I was not an old man! He adds that this was suggested casually, as if it was a completely normal thing to do. “And that’s what I mean about how the business appeals to you. He does it in an almost imperceptible way. . . Botox! You have to wonder what Burton would have done with it.

‘War of the Worlds’ is on Disney Plus starting July 16.’Walking with ghosts‘is published by Picador

To pursue @FTLifeArts on Twitter to discover our latest stories first