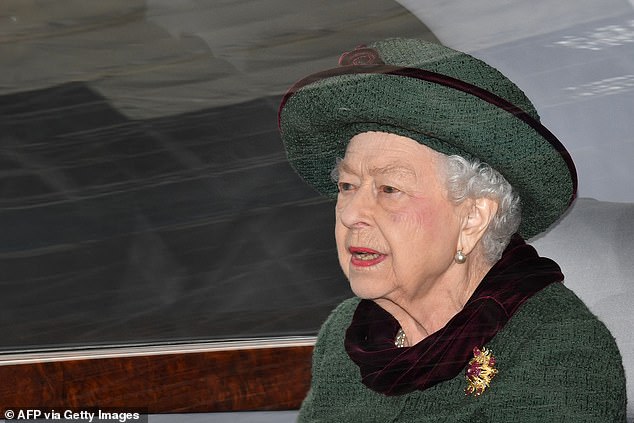 The Welsh Government sparked fury today after refusing to distribute in full a school textbook celebrating the Queen’s Platinum Jubilee.

The Department for Education announced last year that it was commissioning the work which explores ‘the role of the monarch and what the Platinum Jubilee stands for’ ahead of the 70-year milestone in June.

He wanted the book sent to every school in the UK and agreed to translate it into minority languages, including Welsh, in a scheme that would have cost £12million.

However, Cardiff Labor Administration said it would only be distributed on a membership basis to schools that actively request copies. Welsh Prime Minister Mark Drakeford is an avowed republican.

He and his ministers have been described as “quite testy” over the decision. Tory Senedd’s Education Minister, Laura Anne Jones, said: ‘This book is about teaching the next generation about how our country works and its history.

‘The only reason Labor wouldn’t want children to have them is because they think it’s not in their interests for them to be proud of British institutions and the UK’s past .

“Of course, it could also be because Mark Drakeford is a Republican who would rather not have the Queen at all. Either way, it is Labor that needs to go back to school and learn to govern.

The Department for Education announced last year that it was commissioning the work which explores ‘the role of the monarch and what the Platinum Jubilee stands for’ ahead of the 70-year milestone.

However, Cardiff Labor Administration said it would only be distributed on a membership basis to schools that actively request copies. Welsh Prime Minister Mark Drakeford is an avowed republican.

Announcing the book last year, the DfE said it would cover events over the past 70 years, including “the construction of the Channel Tunnel, the election of the first female Prime Minister and the invention of the World Wide Web, so children across the country can learn more about their home and its history.”

“Education is a decentralized affair. We made it clear that the book should be available in Welsh and English and that schools only receive the book on a voluntary basis.

“A large number of events are planned across Wales this year to mark the historic Platinum Jubilee and all primary schools in Wales will be able to order the Platinum Jubilee book in early May.”

But Welsh Conservative MP Robin Millar said: ‘We have an incredible story to tell our children of the invaluable contribution our Queen has made to the public life of this nation and the world.

“During seven decades of turmoil and change across the world, she met with 15 British prime ministers on a weekly basis – and advised more than 150 other heads of state across the Commonwealth of Nations. She is a patron of more than six hundred charities.

“The ups and downs of his life and that of his family have been experienced in the public eye. She danced with us in victory and this week alone we mourned with her her loss.

‘Why don’t we tell our children the story of such a remarkable woman? Why wouldn’t the Welsh government promote it? I will write to schools in Aberconwy to encourage them to take up this offer.

Last week ministers said they were working to ensure the book was available across the UK.

Last Wednesday, Minister for Wales David TC Davies told the House of Commons: ‘The UK Government wanted to celebrate the huge achievement and huge commitment to public service that has been made by our monarch, and produced the book bilingually to ensure that school children in Wales are able to read in both languages ​​about Her Majesty The Queen’s contribution.

“I’m sure they’re all looking forward to receiving their copy. The UK Government is working with the Welsh Government to ensure this can happen imminently.

The Queen shed tears for Prince Philip during an extraordinary service in remembrance of his remarkable life in service to Britain and his wife today.

Her Majesty was standing at Westminster Abbey where she personally ensured her beloved husband’s last wishes were carried out after his successful funeral left her sitting alone without the rousing hymns and guests that he loved so much.

The 95-year-old monarch used a stick as she was led to her seat by her disgraced son, the Duke of York, to give her ‘strength and stay’ Philip the last farewell he had wanted. The service was attended by the Royal Family and their relatives, friends and people who have benefited from their charities. Prince Harry and Meghan Markle were the only members of the royal family not to be there.

Despite mobility issues, she stood up to pray and sing hymns during a 40-minute service her 73-year-old husband helped plan before he died last April. But in a controversial decision, she chose Prince Andrew to support her as she arrived and left church, clutching her elbow with one hand and a cane with the other.

The Queen had tears in her eyes as the congregation of 1,800 sang Guide Me O Thou Great Redeemer before the bells of Westminster Abbey rang to mark the end of the Duke of Edinburgh’s memorial service.

After leaning on Andrew as she returned from church, the Queen appeared to wince as she walked towards the leaning car with the Duke of York by her side guiding her to the Bentley.

She seemed to be holding her staff firmly and seemed to be making a great effort to get to the vehicle, concentrating very hard with each step. Once inside the car, she seemed to have returned to her normal composure as the car slowly drove away. She waved to onlookers as she arrived and left the service.

Emma Raducanu and the Critics: Could She Be Overrated?