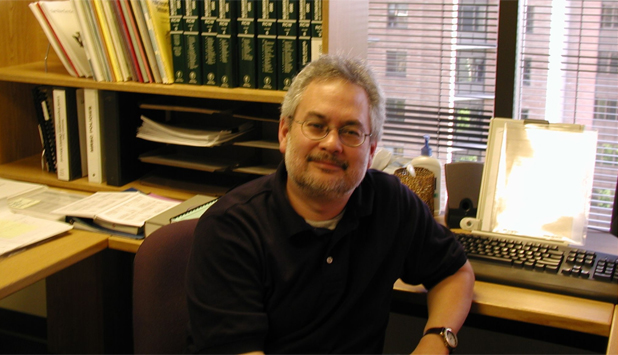 Byron Katsuyama retires: thank you for the privilege of serving Washington local governments for 43 years

I first discovered the MRSC in the spring of 1978, when I was completing my BA in Political Science at the University of Washington (UW). One of my professors sent me and a few classmates to meet John Lamb, who was then Managing Director of MRSC, and interview him for a research project we were working on. We were trying to assess the impacts of I-276, the state’s public disclosure law, on people’s willingness to show up at local offices. John was very helpful and was a great help in our research. As it turned out, this wasn’t a small hurdle, especially personal income tax reporting requirements, for many local officials we interviewed.

Later that summer, after I graduated, I called John and volunteered to work for the MRSC as a summer intern. To my surprise and pleasure, he agreed not only to hire me, but also to pay me! My first desk was in the janitor’s closet, complete with a utility sink, IBM Selectric typewriter, and a ladder to the roof of the building, and I couldn’t have been happier. It was the unlikely start of what has become a 43-year career as a public policy and management consultant for the MRSC. I only realized in hindsight that such openings don’t happen very often, and I had just introduced myself when this one did. Looking back, I’ve always wondered if it was divine providence or just luck, though now I’m inclined to believe it was more the first.

When I started working at the MRSC in July 1978, we shared a small two-story building with the Association of Washington Cities (AWC), right next to the UW campus. I still remember my first day, when I was introduced to Kent Swisher, Executive Director of AWC, and Stan Finkelstein, Deputy Director. Peter King also worked in this former U District office for a while, and I was very happy to see him take on the role of Executive Director of AWC in 2015.

I spent my first four years at the MRSC as a Research Assistant working under the supervision of Dr Ernest Campbell, Municipal Law Specialist at the MRSC, and pursuing my Masters of Public Administration (MPA) at the Graduate School of Public Affairs (GSPA) of UW, now Evan’s school. I was never completely sure that “Dr. C”, as we used to call him, knew that I was working on my MPA and not on my JD, because he started to give me a fairly good training in the field of. municipal law, which has served me well all these years. To date, the Washington State Association of Municipal Lawyers on his behalf presents an annual Lifetime Achievement Award for excellence in the practice of municipal law. It was a great privilege for me to have been able to work with Dr C.

It took me four years to complete the two-year GSPA program, working part-time at the MRSC, but when I graduated John Lamb offered me a full-time position as a first MRSC public policy consultant. The years that followed were a fascinating and exciting time to work at MRSC, as they encompassed the introduction of computers to the workplace and the equally incredible Internet that promised to connect everyone to a “global web”. . Of course, all of these technological developments were perfect for the main mission of the MRSC, which has always been to provide accurate information and advice to local governments in Washington as quickly and efficiently as possible.

So we got to work on creating our first website with local and national news, a searchable document database, a full set of topic pages, and later blogs, training events, and more. I also had the opportunity to participate in the development of our first electronic newsletters which allowed us to distribute much of the information on our website to a subscriber base that now has nearly 30,000 subscribers. In my own community of Kirkland, I had the honor of serving on the city’s planning commission for eight years and learning first-hand from the hard work and dedication of local elected officials and officials and staff. .

I feel so blessed and privileged to have had the opportunity to spend my career at the MRSC serving towns and villages, then county governments, and now many special districts as well. I could not have had this opportunity elsewhere. In fact, this statement is literally true since the MRSC is almost entirely unique to the country. The only other organization that comes close to the MRSC model is the Municipal Technical Advisory Service (MTAS) in Tennessee.

One of my only regrets in all these years that I have been in the MRSC is the fact that there is still, except MTAS in Tennessee, no other state that has an organization serving its people. local governments quite like the MRSC. I firmly believe that the local governments of each state would benefit greatly from the support of an organization similar to the MRSC. Whenever I have had the opportunity to participate in national conferences or other contacts with representatives from out of state, I have always encouraged them to take a look at the MRSC model and consider defend the concept in their state.

Believe it or not, the MRSC will be celebrating its 100th anniversary in just fifteen years. I think it would be a laudable tribute if, by the time we reach this incredible milestone, we can also celebrate the successful transfer of the MRSC model to at least two or three other states. That might be enough to trigger its adoption in many other states.

As I set off on new adventures, I would like to leave you, lovers of local government, a challenge and a request: to seize all the opportunities that will arise in the future to publicize the good work that the MRSC is doing to to local communities in Washington, to your colleagues in other states, and to encourage them to become a champion of the concept in their state.

So, thank you John, thank you Dr. C., and thank you all for the privilege of making my small contribution to the success of local government in Washington State. I couldn’t be happier. If you want to contact me, I can be reached at byronkatsuyama@gmail.com.

Byron began working at the Center as a research assistant in July 1978. He holds a BA in political science from the University of Washington and an MPA from Evan’s School of Public Policy and Governance in the University of Washington. After completing his MPA, Byron joined the MRSC consulting staff as a public policy and management consultant focusing on municipal administration and policy analysis. Byron is responsible for research in areas such as emerging local government issues, best practices, strategic planning, performance measurement and local government management. In addition to his consulting duties, Byron also manages the “Focus” section of the MRSC website and is the editor of our “In Focus” and “Ask MRSC” e-newsletters. He also coordinates our human resources, planning, finance, government performance and advice / commission advisors. In his own community of Kirkland, Byron was also a member of the town’s planning commission for eight years. Byron is a member of the Washington City / County Management Association (WCMA) and the International City / County Management Association (ICMA).

SEE ALL MESSAGES BY Byron katsuyama