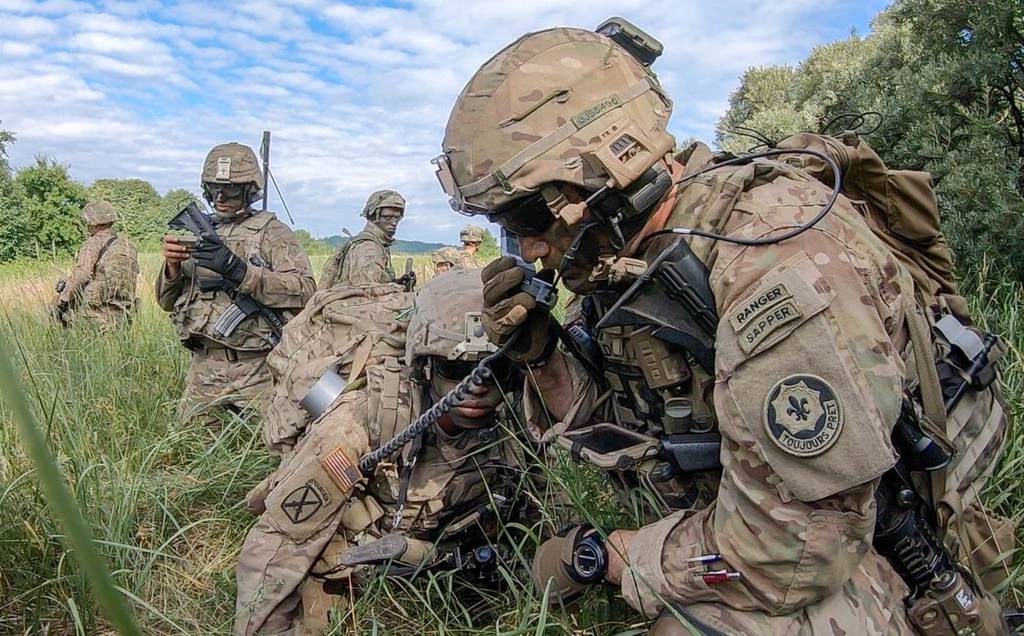 WASHINGTON – The army has published its unified network plan, which aligns various modernization efforts to provide a network the service needs if it is to share data from the enterprise to the tactical sphere in support of multi-domain operations.

The plan, published on October 8, describes five areas of effort:

The global nature of conflicts – physical and digital – against nation states will require forces to have rapid and resilient access to data from anywhere. This means unifying the military’s tactical and corporate network and developing transparent global communications, Lt. Gen. John Morrison, Army Deputy Chief of Staff for the G-6, told C4ISRNET.

“We want our tactical formations to be able to deploy quickly anywhere in the world, immediately reconnect to the unified network and have the data and information they need to conduct operations,” he said in a statement. interview on September 22. . “It’s not just about data and information; it is access to strategic, operational and tactical effects – all three of which can be applied when and where the maneuver commander chooses.

Morrison explained that the networks were previously theater-centric and lacked a global focus. As a result, forced transitions from one theater to another could prove difficult from the point of view of the network. Part of it was due to bureaucratic challenges, part was technical and related to theatrical architectures.

As a result, the military has devised what it calls the Unified Network – an attempt to align the tactical networks for forces directly on the battlefield and the corporate systems used by stationary forces at facilities.

Over the past four years, the service has undergone an aggressive modernization effort to improve its tactical network, but the Army is now showing the same vigor in linking its strategic corporate systems to the forces. tactics to better share data.

The new plan outlines three modernization phases starting in the short term through 2028 and beyond.

In the short term – by 2024 – the goal is to start building the unified network. Work in this area has already started with the modernization of the tactical network, but also involves a standardized secure architecture based on zero trust, the insertion of emerging technologies such as 5G and software-defined capabilities, and the evolution towards cloud infrastructure, among other activities.

The phase ends with the creation of a standardized and integrated security architecture that lays the foundation for the future, the plan says.

The medium term, from 2025 to 2027, focuses on the “operationalization” of the unified network and begins with the convergence of the capabilities of the tactical and enterprise network.

Other efforts involve the completion of an operational modality of the Ministry of Defense information network that enables the defense of the network.

Morrison described this DoDIN framework as involving the operations, maintenance, configuration, and security of the tactical edge network at the facility level.

Certain organizational designs or force structures have been altered by the Army and continue to evolve in order to create efficiencies. This primarily involves the creation of enhanced expeditionary communication brigades, which support units that lack organic communication capabilities. These groups could include military intelligence battalions, chemical battalions, engineer battalions or artillery branches of air defense.

Morrison described these units as “important combat multipliers[ers], and said the concept is proven.

The military is currently moving beyond the first two battalions, adding more overseas.

The military has also been able to reinvest personnel rescued from ESB-E as part of DoDIN operations to focus more intensely on network operations and defense.

“We are reinvesting staff to strengthen our regional cyber centers so that we have that capacity at the theater level. We are reinvesting these staff gains in Army Cyber ​​and NETCOM [Network Enterprise Technology Command] to establish this DoDIN global operational capability that will nest above the theater structures. We are transforming our theater tactical signaling brigades into corps signaling brigades to support corps maneuvers and provide those DoDIN operations for the corps, ”said Morrison.

“We are doing the same with our theater strategic signaling brigades, and they are now becoming theater signaling brigades, but with this enhanced DoDIN operational capability to be truly able to command and control their formations both at the level of the installation and the theater, but also the organic tactical formations assigned to them.

The long term involves continuous modernization, as officials explained, the network will never be final as the military will always strive to insert new and emerging technologies.

When it comes to testing these new concepts and techniques, Morrison said, operations will be very helpful. However, from an experimentation standpoint, the Army will use events, such as Project Convergence, to learn lessons.

The military is also working to align Unified Network efforts with its multi-domain task force and military exercises to determine if the service is on track with modernization efforts.

“I think we have a really good mix of real world operations that will drive the demands for learning and experimentation. And in between, I think it’s going to really inform us as we go along, ”Morrison said.

However, he acknowledged that while the unified network approach is intended to lead the military’s efforts to become what senior leaders are calling “a multi-domain capability” by 2028, there is no end state defined for network modernization efforts. Rather, it will be an ever-evolving process that will adapt to emerging technological trends.

“We want to lay the groundwork so that we can gradually modernize over time. For a business as big as the U.S. military, where we have over a million users on the network, to sit there and think that we’re going to deploy this one common solution and then have this one common solution for 10, 15 is a misnomer, ”Morrison said. “Having this foundation to iteratively modernize over time is absolutely essential. “

Mark Pomerleau is a journalist for C4ISRNET, covering information warfare and cyberspace.

Owlet Smart Sock Plus review: an update for fans

Silvano announces token sale on P2PB2B for its innovation